Arsenal closing in on Nigerian youngsters 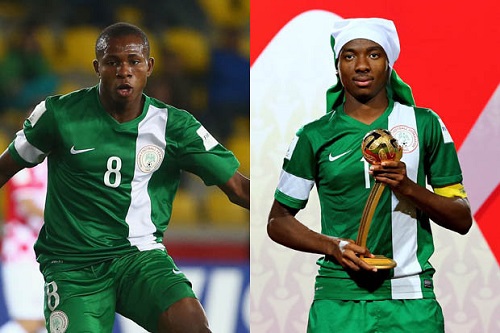 Arsenal boss Arsene Wenger has revealed that they are close to signing two Nigerian youngsters days before the transfer window closes.

Kelechi Nwakali and Samuel Chukwueze both impressed at last year’s U-17 World Cup and attracted the attention of a number of European clubs but the Gunners seem to have won the race to land their signatures.

Nigeria won the tournament, it was a record 5th time that they had clinched it.

“Yes of course there are work permit issues. There are medical issues, because they have to make medicals. It’s progressing well.

“We identified Nwakali as the player of the tournament, basically, and as a top player. We will see if we can manage to get it over the line during this transfer period. We will do it.

The two players will reportedly cost Arsenal £3 million deal and are being signed from Nigerian based Diamond Academy.

If the deal goes through Nwakali and Chukwueze will join another Nigerian international Alex Iwobi at the club.