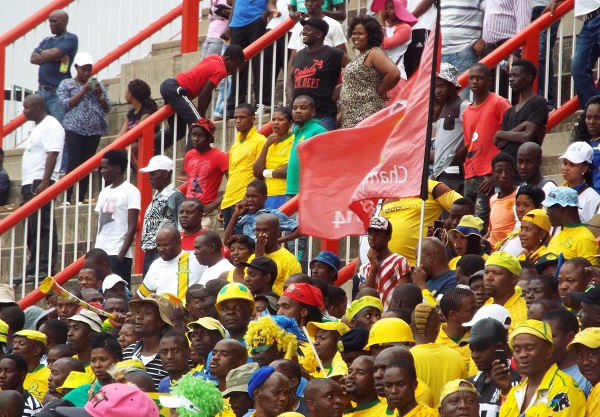 Chicken Inn’s win over Mamelodi Sundowns saw the Zimbabwean champions register one of their biggest home attendances since the club was formed.

According to a report in the Chronicle the match saw 9773 people pay to watch the match and grossed $36 875.

However the club only ended up taking around half of that amount after paying for costs that included ground rental, ZIFA,FIFA and the Sports and Recreation Commission .

The rental for using Barbourfields saw the Bulawayo City council take 20% of the total revenue ,while ZIFA and the SRC took 6% each.

The return leg is set for South Africa in two weeks times and the Gamecocks will be hoping to progress further in the competition and continue to attract good crowds at home.