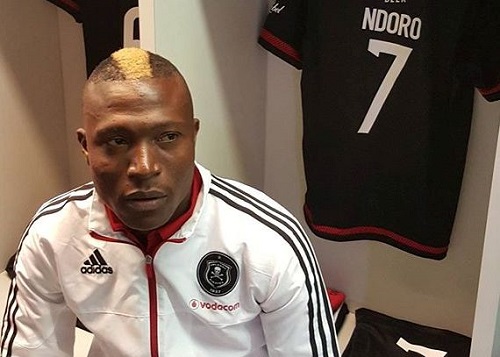 Ndoro has not had much game time despite his profile move from Mpumulanga Black Aces wherehe was a regular.

Even the departure of Kermit Erasmus has not made much difference for Ndoro as he continues to be on the bench for most games.

Ndoro told Soccer Laduma, “Unfortunately things changed for me when I came to Pirates. I wish I could be playing and doing what I enjoy most, which is to score goals.

With Orlando Pirates struggling in the ABSA Premiership Ndoro questioned why some misfiring players were continuing to get game time.

“Watching other strikers playing week-in and week-out without scoring while I am on the sidelines, sometimes leaves me with more questions than answers on how strikers are being rated he added.

Ndoro moved to the ABSA Premiership after landing the ZPSL golden boot joining Mpumulanga Black Aces from Chicken Inn. He continued his good goal scoring form at Aces attracting the attention of a number of leading clubs and eventually agreeing to join Pirates.