Sweswe unhappy with officiating after loss to Highlanders 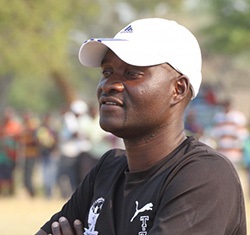 Tsholotsho head coach Lizwe Sweswe has questioned the match officiating following their 2-1 loss to Highlanders at Barbourfields Stadium on Sunday.

Tsholotsho raced to a 1-0 lead after skipper William Stima’s free kick but Highlanders responded by a Knox Mutizwa equaliser before winning the game through substitute Prince Dube’s goal.

However Tsholotsho were unfortunate to not score more goals after getting the ball into the net in the first half but having the effort ruled out. In the second half Felix Chindungwe appeared to bring down Nicholas Mundandishe but referee of the day Hadly Ndazi waived it away.

Highlanders also had a Bruce Kangwa goal disallowed in the second half for offside.

Speaking after the game Sweswe said,Maybe sometimes officials protect big teams. The game was tough for us ,we even had a clear goal ruled out added Sweswe.