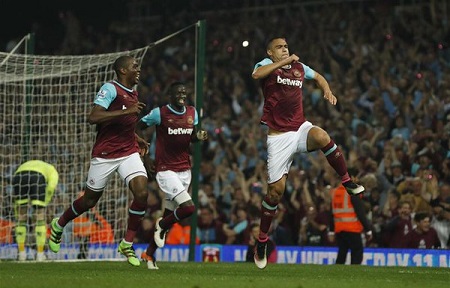 Manchester United’s top four hopes were dealt a blow last night when they suffered a 3-2 loss to an inspired West Ham side.

Playing at the Boleyn ground for the last time the Hammer’s were motivated from the start and took the lead in the 10th minute through Diafra Sakho.

However Anthony equalised then put Manchester United’s in the lead in the space of seven minutes in the second half to turn the match in United’s favour.

Michail Antonio then headed in for West Ham to equalise after a fine Dimitri Payet pass.Payet was key again as he set up Winston Reid for the winner to take the three points.

The loss means Manchester United remain in 5th spot and would need to win and hope Manchester City lose on the final day to clinch 4th place.