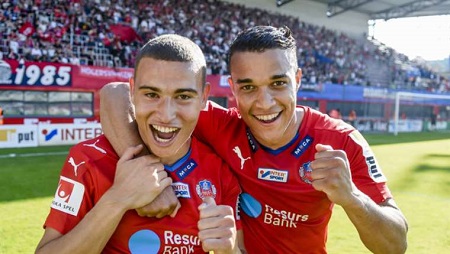 Zimbabwean international Matthew Rusike says it was a great feeling to open his league account for Swedish side Helsingborg at the weekend.

Rusike who joined Helsingborg from relegated Halmstads BK came off the bench to score the winner against Malmo.

Rusike had been doing well in pre-season scoring regularly.

“Of course it’s a great feeling to score in the derby, but also to get to open my target account properly for the club. It has been a little frustrating to sit on the side-lines he is quoted saying by Swedish publication Expressen.

“I have not been satisfied and I’ve talked with the coaching staff about it. It is a known fact that I was not happy but I do not believe that any player should be content to sit on the bench. “We play football for a reason.

Rusike insists he will be fighting for his place in the starting line up and be scoring to help Helsingborg during the season.

Check Rusike’s goal from the weekend: