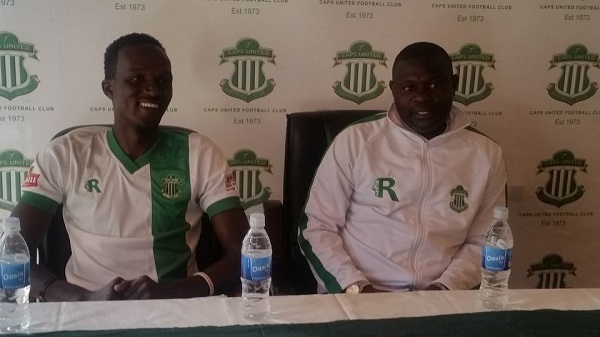 CAPS United defender Dennis Dauda believes his time has come and will give it his all this coming weekend.

Dauda who clinched the Soccer Star of the Year in 2014 is line to make his first start for CAPS United and wants to make the most of the opportunity.

“I am still the Dennis of 2014 and my chance has come to show that said Dauda at the club’s weekly press conference.

Dauda also received backing and praise from head coach Lloyd Chitembwe who said he had patiently waited for his opportunity and expected him to make the most of it.

If he continues to work hard like he has been doing he has a lot to offer CAPS United and even the Warriors said Chitembwe.

CAPS United will be looking to bounce back to winning ways after suffering their first defeat of the season away to How Mine last weekend.