NAFAZ not recognised by FIFA or SRC 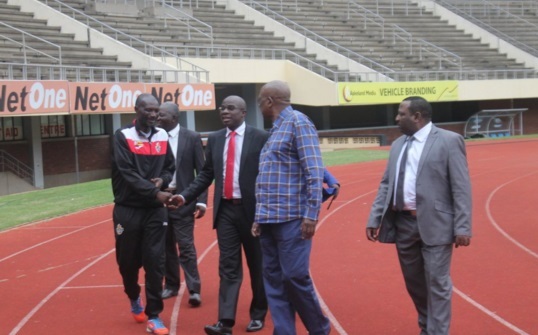 The Sports and Recreation Commission says the Zimbabwe Football Association (ZIFA) still exists and its dissolution some weeks ago was illegal as it did not follow its own constitution.

This was revealed by Minister of Sports and Recreation Makhosini  Hlongwane at a press conference held in Bulawayo this morning.

As such the SRC does not recognise the new board formed NAFAZ. The statement from the SRC hand’S Philip Chiyangwa a big blow on his attempts to run away from the associations debts as well as start afresh with a new term and image

First and foremost the dissolution was not according to the ZIFA constitution and we are in agreement with ZIFA and it’s a matter that needs some hygiene ,some laundry issues to be attended to said Hlongwane

Hlongwane said ZIFA needed to be dissolved in the proper manner before any recognition by the SRC and FIFA.

Hlongwane added that the proper dissolution of ZIFA was now going to take place in the next month and Chiyangwa and his board were in agreement of that position and now understood what needed to be done. Both FIFA and SRC are behind the move but want the dissolution to be made in the proper way.