Nigeria miss out on gold medal after losing to Germany 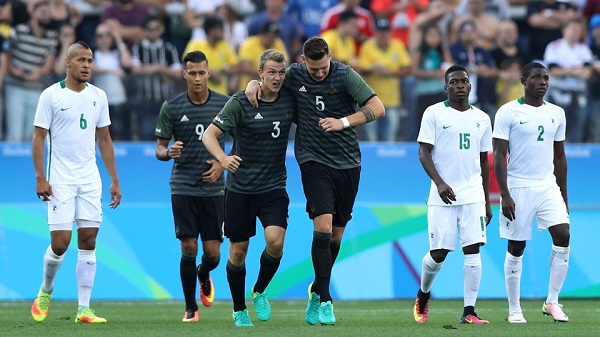 The Nigerian U-23 team hopes of another Olympic gold medal were ended last night after a 2-0 loss to Germany at the Maracana Stadium.

Germany scored through Lukas Klosterman and Nils Petersen to book a place in the Gold medal final against Brazil.

Nigeria will now have to aim for the bronze medal when they face Honduras who were hammered 6-0 by Brazil.

Neymar was in fine for Brazil scoring a brace and scoring the fastest goal in Olympic football after he gave his side the lead with only 15 seconds played.

Gabriel Jesus also scored a brace while Marquinhos and Luan chipped in with a goal each.