Balotelli scores winner then gets sent off! 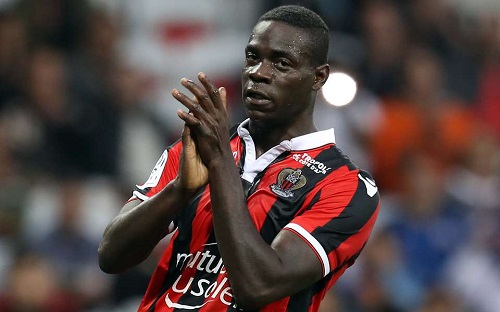 Mario Balotelli struck his fifth goal of the season in six games then got sent off minutes later in Nice’s 2-1 victory over Lorient in a Ligue 1 match.

Balotelli has been in superb form for the French side and struck the winner in the 86th minute. Balotelli was then yellow carded for celebrating by taking off his shirt.

Minutes later Balotelli was sent off for a second yellow in added time after appearing to move his head in direction of Lorient player Steven Moreira.

The victory see Nice go top of Ligue 1 ahead of the upcoming international break.