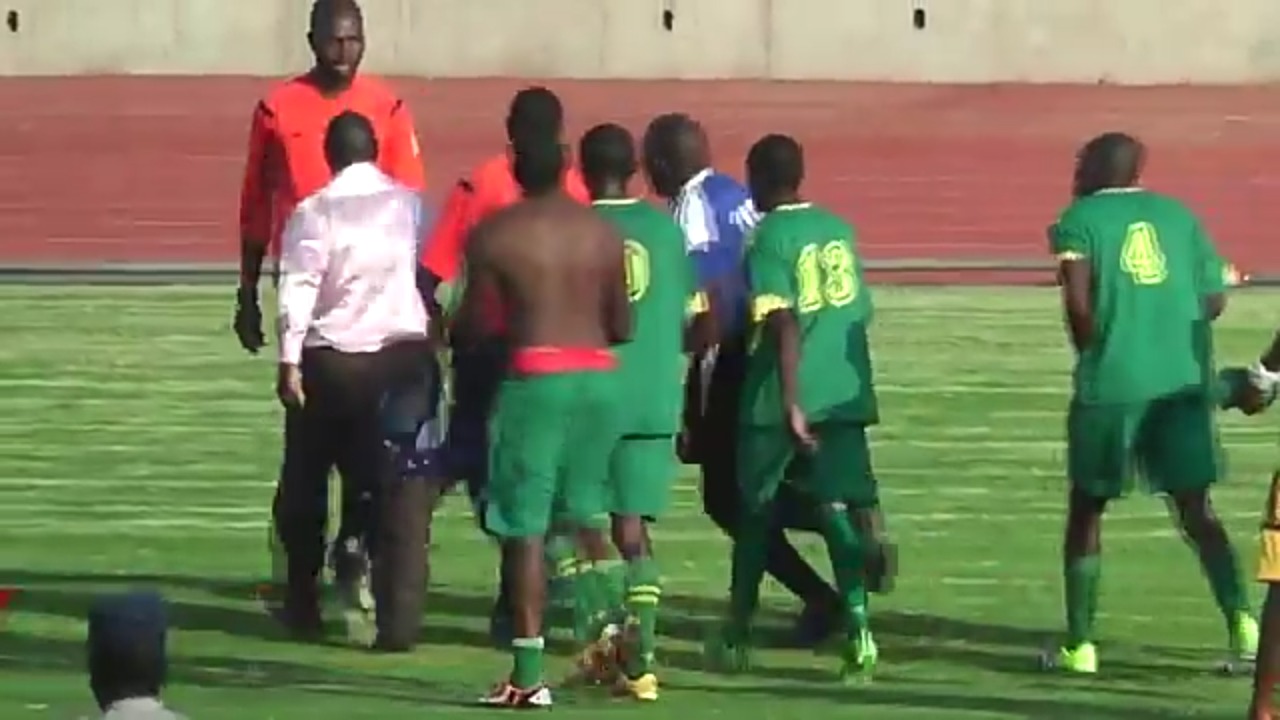 Division one football seems to be action packed and full of drama especially the Southeren Region league.

The title race is full of twists and turns while the league has also hogged the limelight for indiscipline with Victoria Falls Tigers player Lethukuthula Mathe recently handed a 10 year ban after assaulting a referee Bekezela Makeke.

This weekend players and technical members from Ntabazinduna almost repeated the same acts when they went for the referee Saidi Phiri following the end of a match.

Phiri attempted to run away before being cornered by the players who later managed to restrain themselves.

See the incident below: