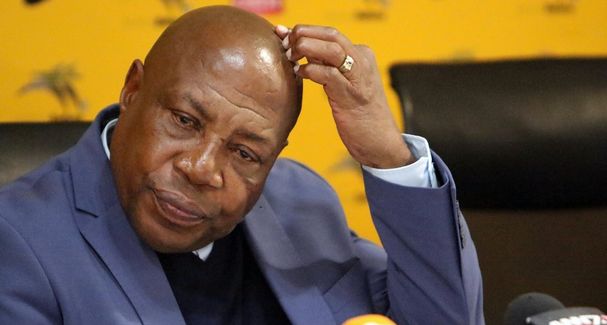 South Africa suspended coach Ephraim Mashaba on Sunday after “a regrettable incident”, a day after he guided the team to a 2-1 World Cup qualifying home victory over Senegal.

The South African Football Association (SAFA) gave no reason for the suspension, but media speculation said that the 66-year-old argued with officials from the national body after the match in Polokwane.

Mashaba arrived at the post-match media conference an hour late and appeared unhappy despite the significant victory.

Strong-willed Mashaba has clashed with SAFA bosses before, particularly for preferring local-based footballers to those playing in Europe.

His assistant Owen Da Gama will take charge for the friendly against Mozambique in Maputo on Tuesday.

“Shakes Mashaba will not join the team on their trip to Mozambique as the Association has deemed it necessary to employ disciplinary measures after a regrettable incident at Peter Mokaba Stadium on Saturday, 12 November 2016,” SAFA said in a statement released on the official website.

“Assistant Coach Owen da Gama will take charge of the team in the above-mentioned international friendly match against Mozambique on Tuesday, 15 November 2016 in Maputo.

“As is our custom in matters such as these, the Association will not be making any further comments on this matter out of respect for the dignity of the Head Coach and the Association and the legally privileged nature of such proceedings.”

Senegal have three points and Cape Verde have none.

The group winners qualify for the 2018 World Cup in Russia.