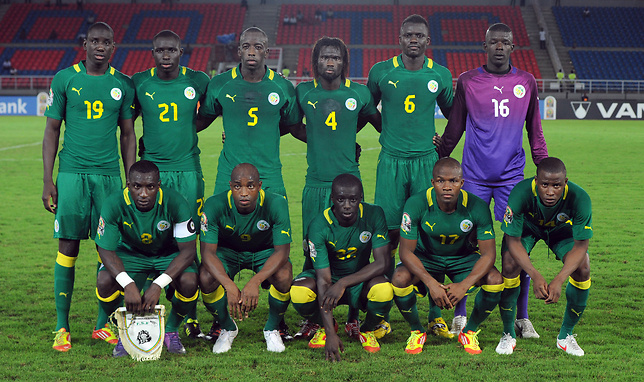 Zimbabwe will be in no doubt the toughest group at AFCON 2017 in Gabon.

Though not many read too much into th FIFA Rankings, The Warriors are ranked 34th in Africa while the opponents are ranked 2nd (Senegal), 3rd (Algeria) and 4th (Tunisia).

Incidentally all the 4 teams were in action this weekend and yours truly had the privilege of watching all the teams in action. Zimbabwe played in an International friendly while the other three took part in demanding 2018 World Cup qualifiers.

One thing noted from all 4 teams is the attacking Prowess. The group is heavily indulged with attack minded players.

Therefore Pasuwa’s main worry should be in defence which ironically did not perform best.

Zimbabwe played Tanzania in a friendly match were they put a lackluster performance but still managed to win 3 nil. Musona and Mushekwi struck a delightful partnership in attack welly complemented by Mahachi and Rusike on the wings. They did well even in the absence of arguably Warriors hottest property Khama Billiat.

It was in defence were things were a bit loose. Pasuwa partnered Danny Phiri and Teenage Hadebe at the back, with Zvirekwi and Bhasera at wingbacks. Had it been with sharper opponents upfront the duo could have struggled evidently by gaps they left and some lose marking.

Senegal may have lost 2-1 to Bafana Bafana, but with the kind of attack at their disposal led by Liverpool man Sadio Mane a lot of work need to be done.

Mane was named in Aliou Cisse’s starting lineup at the Peter Mokaba Stadium in Polokwane, the 24-year-old, wearing the No. 10 shirt, typically stationed himself in a central attacking role, and proved a troubling presence for South Africa throughout.

It was Mane’s header that provided one of the best chances of the first half, but he couldn’t beat goalkeeper Itumeleng Khune.

The majority of the first half was a drab affair, but two goals in three minutes just before the interval gave Bafana Bafana a comfortable lead.

The first came from Thulani Hlatshwayo, with Bidvest Wits centre-back powering home a penalty on 43 minutes, before Ajax midfielder Thulani Serero passed into the bottom corner after a lovely sweeping move just before half-time.

Cisse made a change at the break, bringing on Cheikh N’Doye in place of Mohamed Diame, and it was the 30-year-old who capitalised as Senegal enjoyed a more convincing second half.

With Mane among those driving forward whenever possible, the Reds winger’s overhead kick pinballed around the penalty area, with N’Doye ultimately on hand to force the ball in from point-blank range.

Senegal continued to push for an equaliser, with Mane almost levelling after beating Khune one-on-one, but it wasn’t to be for the Lions of Teranga, who are now a point behind South Africa in Group D after two games played.

Another team certainly to watch for is Algeria, again they went down 3-1 at the hands of Nigeria, but their attack in numbers may be a worry for the Warriors.

The flare and mobility in the middle of the park by the never tiring Brahim is one to look at.

Though many had their eyes on Mahrez and Slimani, the duo failed to live up to their billing throughout the match.

However at the back the desert foxes marked terrible and are very vulnerable on the the counter attack.

On the other hand Tunisia may have beaten Libya in their clash, but there was nothing much to ride home about.

Libya conceded a penalty and had a man sent off in the match which was played in Algeria on security grounds, with Libya dropping to the bottom of Group A.