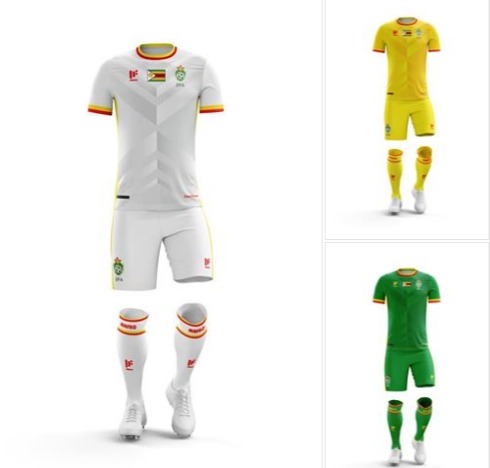 Zimbabwe national team kit suppliers Mafro have indicated that the Warriors replicas will be available to the public early  next week.

Zimbabwe kick off their AFCON 2017 campaign on Sunday against Algeria at 18:00hrs but fans may have to wait a bit longer to get the replica jersey due to logistics.

Mafro have released the final version of the kit, with the national team expected to receive their consignment of a full kit today.

Speaking to Soccer24 Mafro Sports local representative Francis Chitanda said, ‘We will give full details of where exactly the kit will be available to buy on Monday next week due to logistics.

‘But shops will start selling the replicas on Tuesday as we expected delivery  through DHL on Monday. Chitanda also revealed that there was a limited number of replicas available and due to the timing of the deal there will be a limited number available.

Though the replicas will be available locally Zimbabweans based in the diaspora have only been partially catered for with Chitanda indicating that they would also be selling the jersey’s in the UK but could not get a distributor in SA in time.

Chitanda hinted they were trying to keep the price affordable and the replicas are likely to retail at $30.