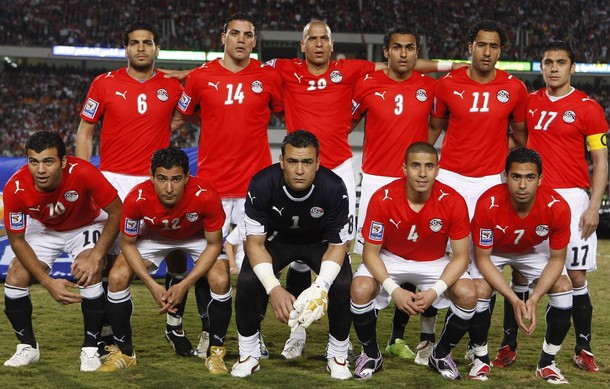 Egypt will be looking to inch closer to their 8th AFCON title by defeating a rather underrated Burkina Faso when the two teams clash in the 1st Semi Final of the Gabon AFCON 2017.

Both squads remained unbeaten in the group stage, with Egypt being better with 2 victories and 1 draw, while Burkina Faso had 1 victory and 2 draws. Only one goal difference separated Burkina Faso from the 2nd placed Cameroon.

The Egyptians boast of being the only defence yet to be breached so far in the tournament.

The pharaohs are looking forward to draw inspiration from a famous win over the then hosts Burkina Faso in 1998, when they meet the same opponents tonight in a thrilling semi- final match.

The Pharaohs will have to do without a number of regulars who are out due to injury. They are also up against a well rested team who played a game 24hrs earlier than them.

Goalkeeper El Shenawy sustained a hamstring injury, while the lone striker Marwan Mohsen sustained an injury after tearing a knee ligament in the 1-0 quarter-final victory over Morocco on Sunday.

“It is not an ideal situation, but we have no choice but to adapt,” said Egypt coach Hector Cuper.

“The players will be given time to rehabilitate and hopefully they will be ready come Wednesday night.”

Despite the disadvantages, Egypt will be expected to continue a remarkably successful semi-final run spanning 31 years. They have been in their best form having won 2 games and a draw in group stages.

If Egypt is to secure a place in the final match, there are higher chances that they will be the 2017 AFCON Champions, for they have won all the final matches they have played at Africa Cup of Nations.