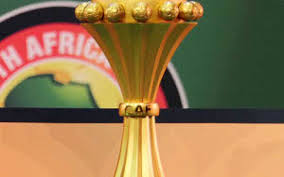 Egypt are seeking a fourth consecutive Africa Cup of Nations in which they have competed when they face Cameroon who are seeking their fifth overall and first since 2002.

Sunday final will feature two of Africa’s biggest sides but it is Cameroon who are coming into this tie as underdogs. The game is a repeat of the 2008 final which Cameroon won. The Pharaohs, among the tournament favourites from the outset in Gabon, were victorious in 2006, 2008 and 2010 before failing to qualify for the next three editions in 2012, 2013 and 2015. The Indomitable Lions defeated Ghana in the last four and Senegal in the quarter-finals.

Seven-time winners Egypt earned their place in a record-equalling ninth Afcon final by beating Burkina Faso 4-3 on penalties following a 1-1 semi-final draw and Morocco 1 – 0 in the quarter-final. The Pharaohs’ hero in the semi-final was 44-year-old goalkeeper Essam El Hadary, whose save in the shootout means he now has a chance to win a fifth Afcon title, having won his first in 1998.

El Hadary has been in fine form in Gabon, the goal he conceded in the semi-final being the first he has let in during the tournament.

But that is nothing compared to the surprise Cameroon have produced. With their squad decimated by withdrawals, the Indomitable Lions have still managed to get to a first final since 2008, and are gunning for a first title since 2002.

The more familiar names in the squad, Vincent Aboubakar and Nicolas Nkoulou, have largely spent time on the bench. Skipper Benjamin Moukandjo has been a regular starter and is, remarkably, the only survivor in the starting XI from Cameroon’s disastrous 2014 World Cup campaign. Cameroon, then, haven’t had the luxury of sealing a solid framework with a player of Salah’s class, like Egypt have at times, though Moukandjo is more than capable he has, apart from a wonderful free-kick against Burkina Faso, had a quiet tournament.

The lively Christian Bassogog has been their best outfield player and Fabrice Ondoa has been an authoritative, vocal presence at the back. Without the latter they may not have made the final – not just for denying Sadio Mane in the quarter final penalty shoot out, but had he not made the last-ditch save against hosts Gabon in the final group game Cameroon’s tournament would have ended.

Both teams have had brushes of luck on their way to the final, emerging victorious in penalty shoot-outs. Above all, a good defence is a prerequisite of winning an AFCON and these two sides, as well as any of the teams that have appeared at the tournament, have truly solidified at the back, concealing the individual weaknesses within their ranks by making the most of the resources at their disposal to march into the final.