Mutuma on the brink of Highlanders move 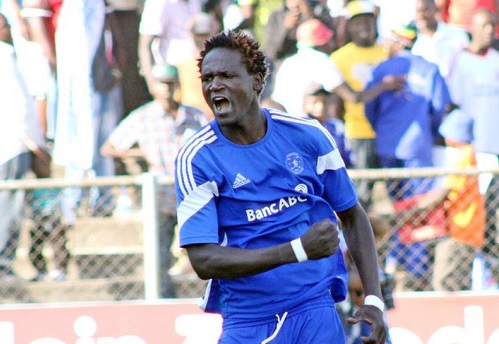 Highlanders are closing in on the signing of former Dynamos striker Rodreck Mutuma.

The lanky striker was offloaded by Dynamos recently and looks set to join their rivals ahead of the the 2017 league season.

A move to Mozambique collapsed with Mutuma not satisfied with what was being offered by Ferraviaro da Beira.

However Mutuma has been in Bulawayo for the last week after expressing his desire to join Highlanders.

Speaking to Sunday News last week Mutuma said, ‘The fans (Highlanders) and the atmosphere at the stadium (Barbourfields) , I really like that. I am done with Dynamos, I played football for Dynamos and it’s time for new challenges.

‘If I get a chance I want to score a lot of goals, with that strong support especially at home added  Mutuma.

A source close to the deal told Soccer24 that a deal was now very close and could happen by the weekend.

‘Mutuma will be a Highlanders players very soon all is now set to be completed. We are waiting for the acting chairman (Modern Ngwenya)  who should be back from SA and that should see the deal done.

Highlanders head coach Erol Akbay is keen to have Mutuma as he had identified his forward line as the main area that needed to be strengthened for the upcoming season.