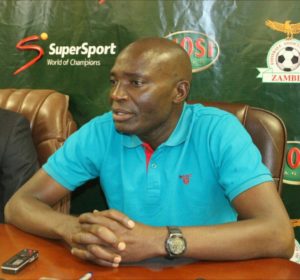 Zambian assistant coach, Wedson Nyirenda, has hailed the international friendly against Zimbabwe as vital with the CHAN tournament and AFCON 2019 qualifiers draw nearer.

Nyirenda is in charge of Chipolopolo as Zambia await the appointment of an expatriate coach.

Soccer24 brings you an excerpt from his interview:

“I think my team played good football today and they created a myriad of chances but I think the responsibility to finish was not there today. I think if we were in tip top form in terms of scoring I think we could have come out as favourites,” he added.

On CHAN and AFCON:

“. . . all in all, I think it’s a very good build up for all our teams for the CHAN and AFCON; the preparation for the qualifiers and even the world cup qualifiers.

“When we came for this game we came preparing for the CHAN team. The team we featured today is purely of local players,” he said.