How Mine upset Dembare

Dynamos suffered their second loss of the season when they beaten 1-0 by How Mine at the National Sports Stadium this afternoon.

How Mine made their intentions known early in the game and had a penalty shout turned down with Carlos Rusere appeared to handle the ball in the box.

Quality Kangadze wasted a good chance to put Dynamos in the lead after being set up Wisdom Mutasa. As the first half progressed How Mine dominated and were finally rewarded for their constant pressure in the 43rd minute with Toto Banda heading in after a  defensive blunder.

Halftime came with How Mine leading 1-0 and clearley the better side.

In the 53rd minute Elisha Muroiwa should have equalised for Dynamos but failed to beat How Mine goal keeper Donovan Bernard. Two minutes later Sadiki came even closer when he struck the upright

How Mine got a better grip of the game after Dynamos had continued to raid them in search  of the equaliser.

In the 86th minute Kangadze was again guilty of missing a golden chance when he failed to convert in a one on one with the keeper.

The move was to be the last real chance of the game as How Mine secured their second consecutive win of the season.

In the other match of the afternoon Black Rhinos registered their third win of the season when they beat Chicken Inn 1-0 at Luveve Stadium. 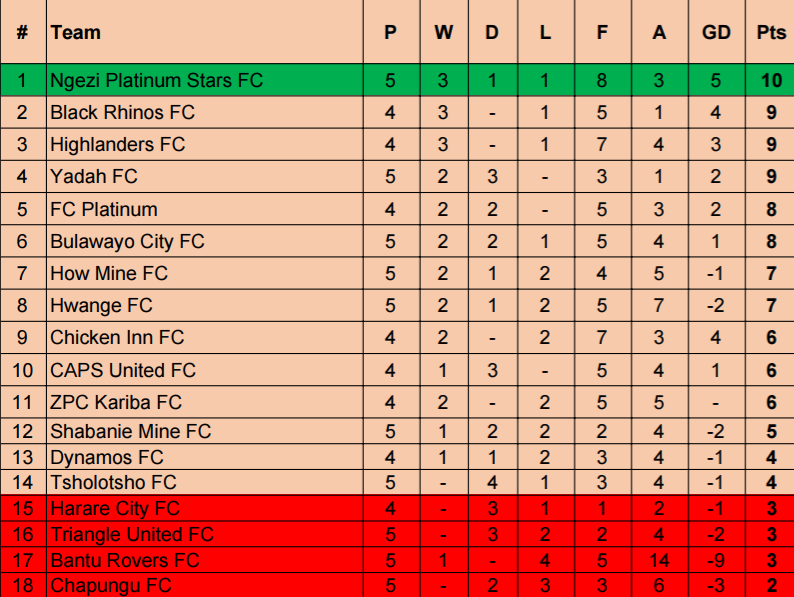