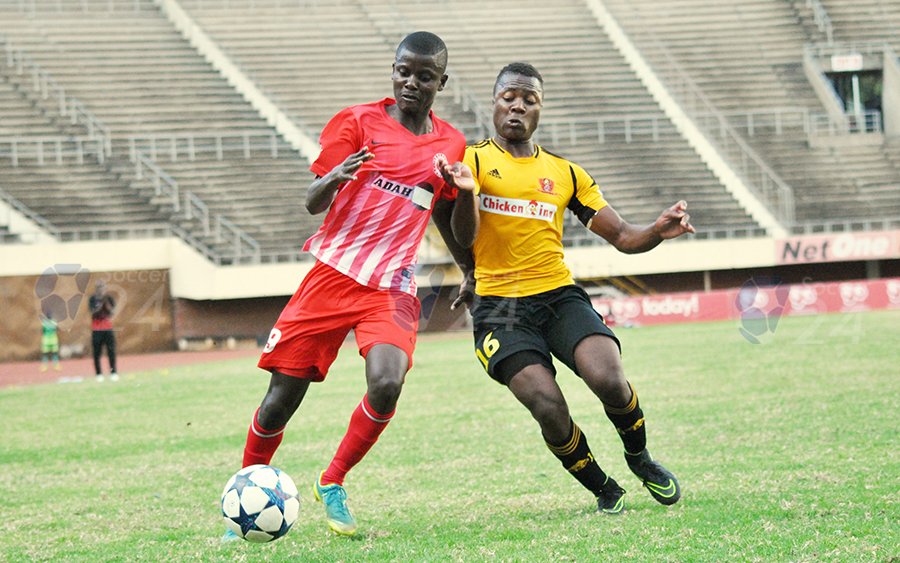 Yadah Stars assistant coach, Thomas Ruzive, has said that the premier league new comers are not panicking yet after their third straight defeat at the hands of Chicken Inn at the National Sports Stadium on Saturday.

Yadah saw their unbeaten run being stopped by a 1-0 defeat to Dynamos a fortnight ago before being thumped 7-2 by Bantu Rovers away last weekend.

“No we are not pressing any panic button, we are in the right direction. I think everything will be okay,” Ruzive told journalists after the match.

Ruzive praised the team for entering this match with a positive spirit after their heavy defeat by Bantu Rovers last week.

Yadah created several chances throughout the match which they, like their opponents Chicken Inn, failed to convert. When the match looked to be over, Chicken Inn fired home two minutes into second half extra time to deny Yadah FC a point.

“Nothing went wrong, we created a lot of chances but we didn’t utilize the chances we created. That’s football, if you cannot utilise chances, you’ll be punished.

“Maybe going forward we are going to work on our finishing. Our finishing was very bad, particularly this game.

“Our defence went to sleep at the last minute, especially our right back because this goal was conceded from the blind side,” he said.

Ruzive returned to the bench this week together with goalkeepers’ coach, Temba Sibanda, but without head coach, Jairos Tapera, who is yet to show up for the team.

Tapera and his technical team were suspended after altercations with club president and technical director, Walter Magaya, following the Dynamos defeat two weeks ago.

Yadah played at Bantu Rovers with only the team manager, Munyaradzi Sinani and medic, Victor Katsande. Rumours had suggested that Tapera would return to his post for the Chicken Inn match.

“We can’t say much about the absence of coach Tapera. We are in one spirit. His absence doesn’t bring any difference because what we are doing has the blessing of Jairos Tapera. Next week we’ll be together,” he said.