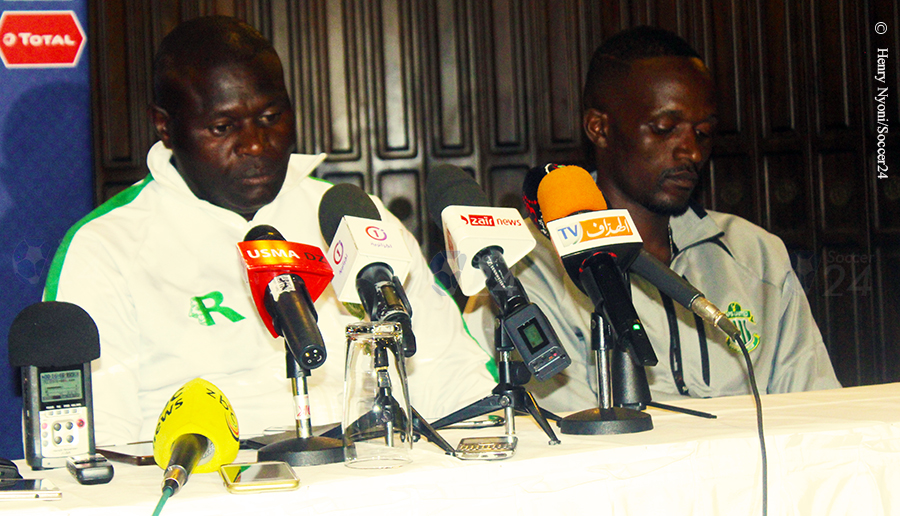 CAPS United meet the Algerian side at home in their second group B fixture carrying a 2-0 deficit after their loss to Zamalek in Egypt two weeks ago. USM Alger come into the match with a 3-0 win over Al Ahly Tripoli.

Addressing members of the media at a joint CAF press conference in Harare this afternoon, Chitembwe said CAPS United are going to invest their energy in concentration and determination to get the desired result.

Chitembwe said United have learned their lessons from the Zamalek away defeat but are now going to focus on team performance to get the desired result at home.

“. . . in football you keep learning every day. Even our training sessions, it’s (sic) a continuous learning process. We have learned lessons in (sic) that game. We keep learning lessons as we trudge in African football but at the end of the day I’m sure it’s more important to focus on what you can do as a team rather than focus on what the opponents can do to you.

“So from that perspective, I’m sure we are ready to focus on what we have control over which is our performance, which is our game and determination,” he said.

Chitembwe refused to be drawn into whether CAPS United or their opponents are favourites in the match whose result will likely be key and decisive for the hosts as far as progressing to the next round is concerned.

“But all the same we still want to continue and I hope tomorrow’s game will present us with that platform to want to continue in this competition, but one thing for certain is [that] it’s never going to be easy,” he said.

CAPS United will be without veteran striker, Leonard Tsipa, who was also absent during their first group B match against Zamalek. Tsipa is recovering from a knee injury despite having started training. Midfielder, Tafadzwa Rusike, will also be an absentee in the match tomorrow due to a knee injury.

“For Leonard [Tsipa] I think he’s at 60% fit, he’s not 100% and for Tafadzwa [Rusike] I think he’s 80% to 100% fit. So that’s the state of affairs, but all the same, it’s important to look at what we have and what is it that we have? We have a team that can compete on the day and whoever is given an opportunity to go out there and play I’m sure he’ll do what we expect from him, so I think it’s not a problem,” he said.