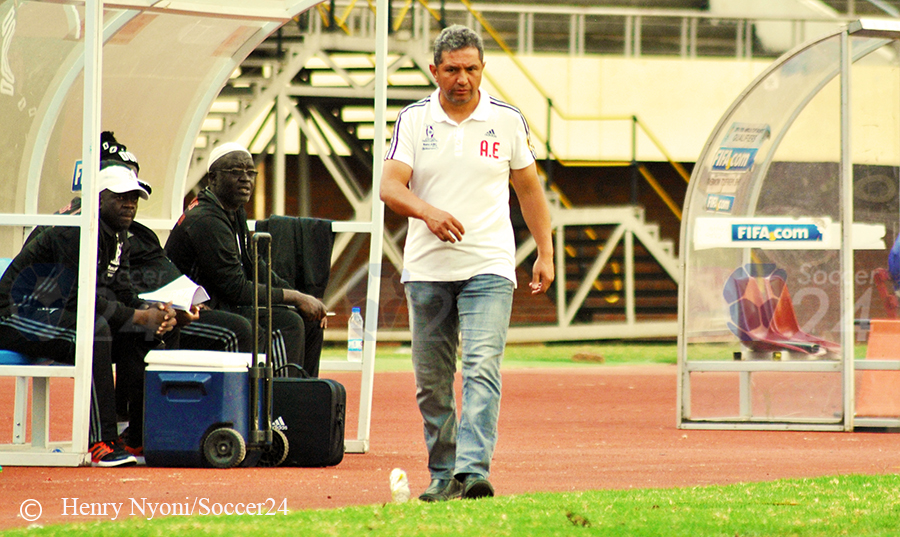 Highlanders coach, Elroy Akbay, has said that his team performed better that Black Rhinos despite the 3-0 loss at Morris Depot in Harare on Wednesday.

Highlanders went down to a Lot Chiwunga brace in the 43rd and 48th minutes and a Herbet Rusawo 70th minute penalty kick.

Speaking to members of the media after the match, Akby said his team lost several chances which could have changed the appearance of the match.

“Like what they say, we played the football, they won the match, that’s what happened today. We were playing very good football especially first half and also second half we played very good combinations. Everything was there, we created many chances. But the problem is if you are not scoring and you are making stupid mistakes in the defending then you cannot expect that you win the match,” he said.

“You have to see that in the first half we created two good chances and in the second half two or three good chances to score. At least we had to score two. Especially Prince [Dube], he had to score two of them. One on one against the keeper [and another] one on one against the keeper there in the second half, how big is the chance supposed to be?

There were unconfirmed rumours of players having gone on strike over salaries during the week, resulting in some of them being suspended.

Highlanders were without striker Roderick Mutuma, whom Akby said was not ready for the match due to not having trained with the rest of the team.

“Roderick, last week the whole of last week he was with his family, he did not train, that is why he was not here,” he said.

Akbay said Highlanders now need to focus on their next games and believes that the team is capable of registering back to back wins in the near future.

“We have to focus. This Sunday we have to play against Hwange. But yes, we lose today, 3-0, so be it . . . only what we have to do is scoring our chances. We’ll be winning again five, six games don’t worry,” he said.