PSL charges Chapungu for causing the abandonment of match against Dynamos 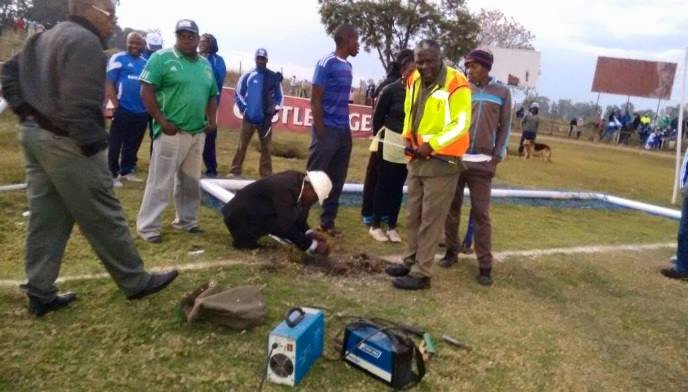 The Premier Soccer League says it has referred the abandoned league match between Chapungu FC and Dynamos FC played at Ascot Stadium on Sunday 18 June 2017 to the PSL Disciplinary Committee for determination.

The match was abandoned in the 56th minute after the goal posts fell and could not be repaid. Dynamos was leading 4-0

In addition, Chapungu has been charged for breaching the Premier Soccer League Rules and Regulations and have been summoned to appear before the PSL Disciplinary Committee for causing the abandonment of a match due to failure to provide a replacement/reserve goal.

In terms of Order 31 of the PSL Rules and Regulations, It is an Act of Misconduct on the part of the Club where;

The Disciplinary hearing will take place at the Castle Lager Premier Soccer League offices on 29 June 2017.

The League says it will not make any further statement on the matter until it has been finalised.