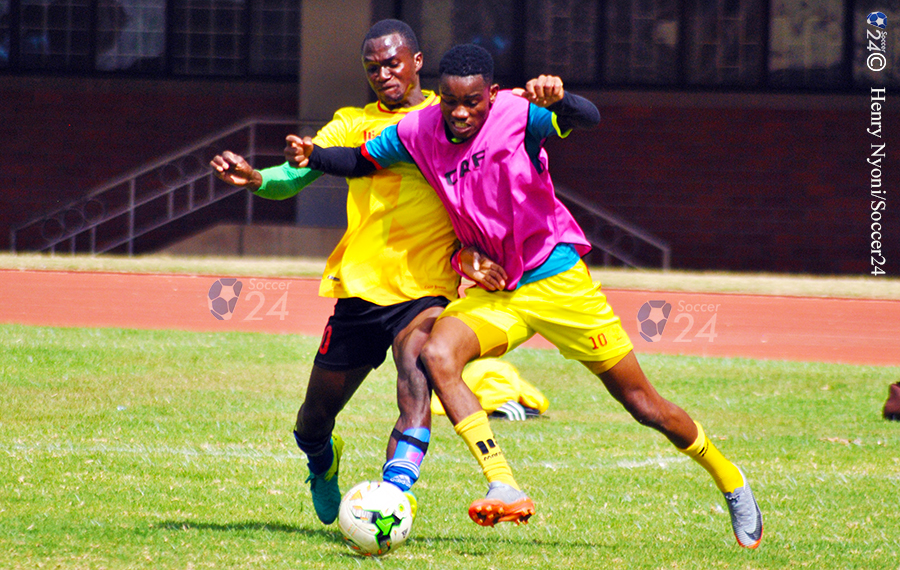 Zimbabwe played out a goalless draw with Madagascar in a Cosafa Cup group B match this afternoon. Zimbabwe will fee hard done by after being denied two late penalties at late into the match from the Botswana referee who officiated encounter.

The first half saw few chances falling for the two sides but Madagascar had the slight edge heading into the halftime break.

The Warriors started dominating possession in the second half as they searched for the opener. In the 53rd minute Ovidy Karuru had a good header save by the Madagascar referee. Ocean Mushure also had an effort saved as the Warriors mounted pressure.

In the 84th minute Raphael Manuvire was brought down in the box only for the referee to wave play on. Two minutes later Karuru was brought down and again the Botswana referee was not interested.

Action at it happened:

86′ Shocking officiating ,Karuru is brought down again referee fails to give clear penalty !

78’Mushure with a good free kick but saved well ,Karuru with chance right after but goes wide

76′ Madagascar with a shot and Chigova saves that was close!

-Halftime, referee blows to end the half

44’Another attack by Madagascar but Warriors defend well

29′ Tigere with another key save after a Madagascar attack

24’Tigere with a great tackle to stop a Madagascar

18’Madagascar with an effort just over the bar