I am Zimbabwe’s Zlatan claims Chinyama 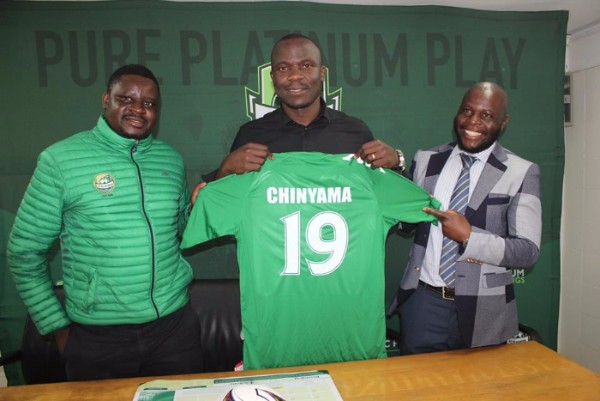 FC Platinum signing Takesure Chinyama believes he still has a lot to offer despite his age and is keen to prove his critics wrong.

Chinyama (34) completed his move to the Zvishavane based side earlier in the week and claims he can have the same impact Zlatan Ibrahimovic had at Man United.

Ibrahimovic (35) banged 26 goals for Manchester United defying his age before suffering an injury.

“Sometimes I don’t understand it but that is the life of football .

“I played at the highest level , I know what comes against me . I accept ,  I don’t like praise I like criticism and to go out there and prove them wrong added Chinyama.

I am Zimbabwe’s Zlatan claims Chinyama