FC Platinum have ended Dynamos’ unbeaten streak with a 3-1 victory at Mandava Stadium this afternoon.

Dynamos went into the match on a eight match unbeaten run but goals by Elvis Moyo, Rodwell Chinyengetere and Bret Amidu saw FC Platinum register another league double over Lloyd Mutasa’s side.

However Kelvin Moyo equalised when he rose highest to head in the 34th minute. With the match heading for a draw Rodwell Chinyengetere thrust FC Platinum in front with a header after Dynamos had conceded a free kick.

Brett Amidu then wrapped up the win with in added time. The result sees FC Platinum move to the top of the standings while Dynamos move to sixth place ahead of other Week 18 games.

CAPS United and Shabanie produced a dull displau when they played out a goalless draw at the National Sports Stadium while Hwange put four past Tsholotsho at the Colliery.

How Mine finished their goalless draw with ZPC Kariba with ten men after Stephen Nyambavu was shown a red card for a second bookable offence.

In an early kick off Chicken Inn edge Bantu Rovers 1-0 to  move second on the log standings. 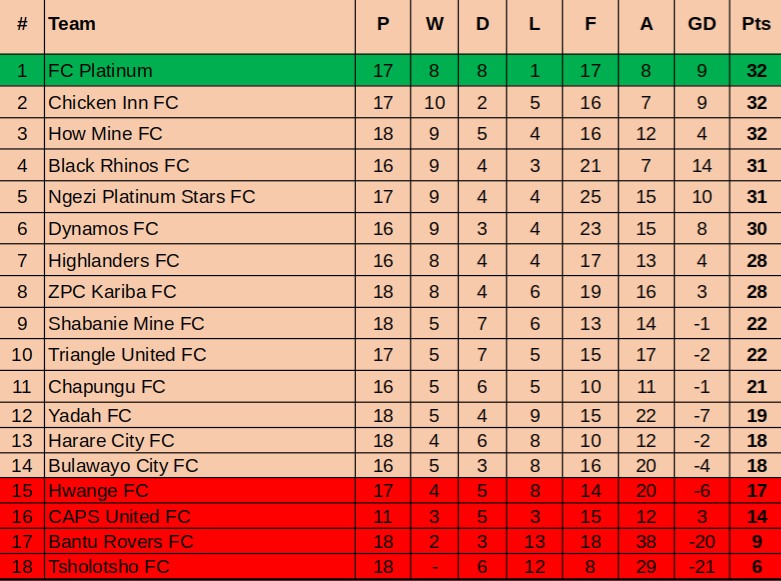