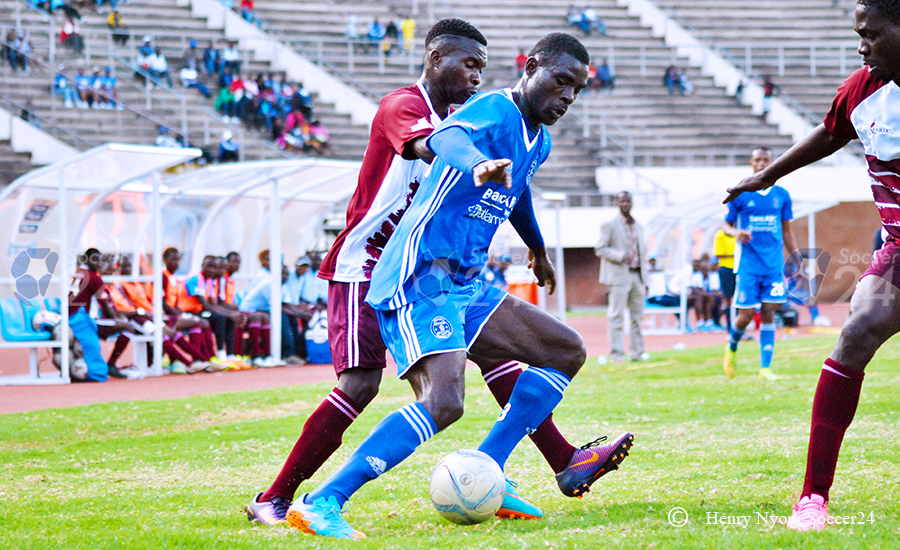 Dynamos have been dealt a blow in their title pursuit following the injury of Cameroonian forward, Christian Epoupa, ahead of the Hwange home premier league clash at the National Sports Stadium.

Epoupa, who has been very influential in the ‘Glamour Boys’ performances since joining the former premier league champions in January, joins fellow striker, Quality Kangadzi, who has been out for several weeks with an injury and will also be unavailable for the Hwange clash despite returning to full training on Friday.

According to Dynamos team manager, Richard Chihoro, it is not clear yet when the 23-year-old towering centre forward, who has recently been linked with a move to Ghana, will return.

“We don’t know when he will return, we’ll hear from the doctors. Tomorrow the doctors will update me on his situation”, Chihoro told Soccer24.

Meanwhile, Dynamos welcome the return of forward, Denver Mukamba, who is available for selection tomorrow’s match. Mukamba has been out with an illness and failed to train with the rest of the team for a long spell the previous week.

First choice goalkeeper, Tonderayi Mateyaunga, however, is still out nursing an injury he suffered during their 3-1 defeat to FC Platinum away at Mandava.

“Mateyaunga is still out. He’s been injured for the last two weeks,” he said.