Giants in danger of missing Russia 2018 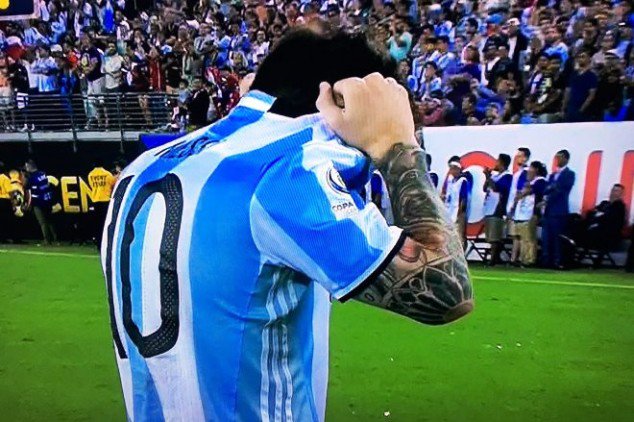 Eight teams have already booked their ticket to the 2018 World Cup –seven, excluding the hosts Russia. The likes of Brazil, Belgium, Japan, Korea Republic, and Mexio have sealed their spots.

However, the same cannot be said for other giants. There are several big names in danger of missing out on the World Cup. Here we take a look at those nations.

Argentina
Can we imagine a World Cup without Lionel Messi? This could soon become a reality, as disappointing back-to-back draws. The 2014 runners-up are in fifth place, and as things stand, La Albiceleste will earn a spot in the play-offs.

However, the South American powerhouse have shown time and time again that they are overly dependent on La Pulga. A bad game for the Barca star translates into a bad game for the entire nation. As a result, they have only 24 points from 16 qualifiers.

Chile
Could we see the two Copa America finalists miss out? Sadly, yes. Back-to-back defeats against Paraguay and Bolivia has seen them drop to sixth. With 23 points, they are a point behind fourth and fifth-placed Peru and Argentina.

Alexis Sanchez and Co. face Peru in their next qualifier before traveling to Brazil for the final game.

Ghana
Africa’s giants are fighting for their lives to make the 2018 World Cup. With only two qualifiers remaining, the Black Stars are in third – four points behind leaders Egypt.

Ghana take on Uganda in their next game. Victory would see them move into second, but Salah and Co. must drop points against Congo to push things into the final Matchday. Three more points for Egypt and it’s goodbye for Ghana.

Netherlands
First they failed to qualify for Euro 2016. Missing out on the 2018 World Cup will be a huge embarrassment for the greatest footballing nation to never win the title.

With two games remaining, Arjen Robben and Co. trail leaders France by four points and second-placed Sweden by three. The likeliest option is to snatch second place and earn a play-off. Oranje can pull this off, as they host the Scandinavian side on the final day.

USA
USMNT are one of two powerhouses in CONCACAF – alongside Mexico – but in the qualifiers, they are in fourth. With two wins from only eight games, they have nine points and hold the play-off spot. Honduras, in fifth, are tied on points but trail on goal difference.

The big-names already eliminated
Cameroon and Algeria: With three points and one respectively, they will not qualify for Russia. The race in Group B is between leaders Nigeria and Zambia, with the Super Eagles boasting a three-point lead.

Giants in danger of missing Russia 2018