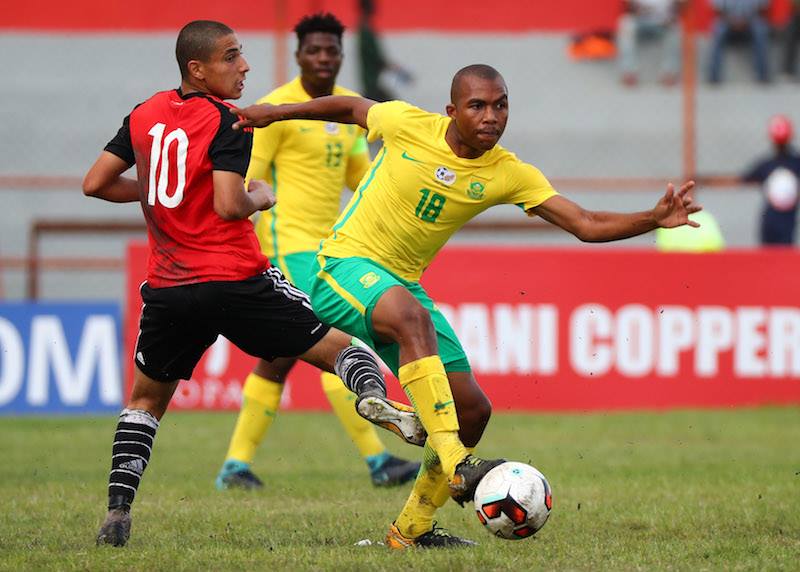 South Africa claimed their sixth regional title after a 2-1 victory over Lesotho in the final of the 2017 COSAFA Under-20 Championships on Saturday.

Lyle Foster and Kamogelo Sambo scored the goals for the South Africans while Lesotho got its consolation through Rethabile Mokokoane.

Amajita opened the scoring as early as in the fifth minute when Foster found the back of the net before Sambo made it 2-0 on the stroke of halftime.

Lesotho could have pulled back one before the break but Bonang Mohapi was denied by the post.

However, they scored their only goal of the match in the second half when substitute Rethabile Mokokoane struck from a long range to beat the goalkeeper.

Mokoteli Mohapi had a chance to equalise moments later but he sent his shot wide from point blank.

Meanwhile, Egypt won the bronze medal after a 3-1 victory over Uganda in a match played earlier in the day.

The North Africans went ahead on 19 minutes through Roshdi Ashraf. Uganda’s Muhammad Shaban scored an equaliser before the break.

Ashraf netted his second goal of the day before Abdelrahman Amr sealed the victory in the added time.