Debut delight for Chungwa as Karuru inspires AmaZulu to victory 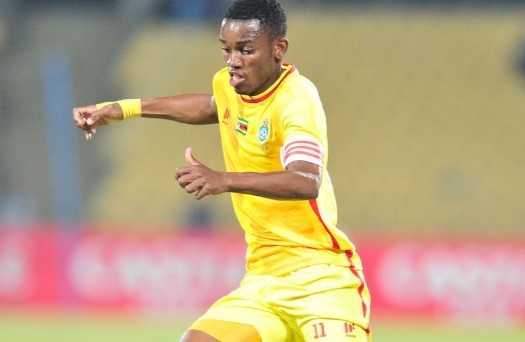 Dominic Chungwa marked his ABSA Premiership debut with a goal as Polokwane City played to a 1-1 draw against Orlando Pirates on Saturday evening.

The striker joined the Limpopo side at the start of the month from CAPS United.

He was in the first eleven and scored the opening goal of the match in the 18th minute when he struck home from a close range. Pirates’ Lyle Foste equalised late in the game to squeeze a point for the home team.

Chungwa was substituted on the hour mark when Muhammad Sulumba came on.

Team-mates Walter Musona and George Chigova were also in the team that played on Saturday.

Elsewhere, Ovidy Karuru made an assist and scored the other goal when AmaZulu beat SuperSport United 2-0.

Karuru scored the second goal on the stroke of half-time after Siyabonga Nomvethe had put the hosts in the lead on the 12th-minute mark.

However, the Zimbabwe international received a yellow card before he was replaced by Siyethemba Mnguni in the 58th minute.

Debut delight for Chungwa as Karuru inspires AmaZulu to victory