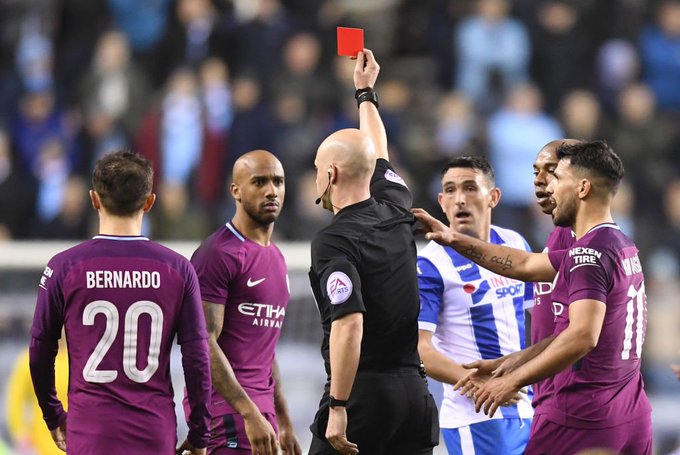 Will Grigg scored his seventh FA Cup goal of the season to condemn 10-man Manchester City to fifth-round heartache and send Wigan Athletic into the quarter-finals courtesy of a 1-0 victory at the DW Stadium this evening.

City had full-back Fabian Delph controversially sent off in the first half, before being undone by a piece of counter-attacking brilliance from Grigg, whose late goal put an end to Pep Guardiola’s quadruple hopes.

Victory for the Latics sees the League One side build on two previous back-to-back FA Cup wins over the Sky Blues, who were memorably beaten by Wigan in the 2013 final.

The Latics will now face Southampton in the quarter-final stages with the hope of claiming their fourth Premier League scalp of the tournament.