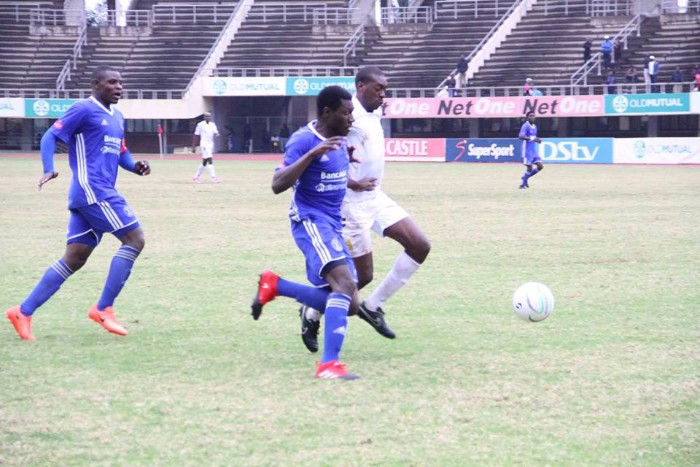 Dynamos, Highlanders and CAPS United are all in action this afternoon as the Castle Lager Premiership Match-day 2 rounds up.

Dembare returns to Rufaro Stadium when they host Shabanie Mine.

The Harare Giants had dumped the stadium last season in favour of the National Sports Stadium. With a massive home crowd drawn to Rufaro due to its proximity, it will be a boost to the Glamour Boys who are searching for their first victory of 2018 season.

Cameroonian international Christian Epoupa will not feature in the game while Peace Makaha remains doubtful ahead of the clash. Makaha started training this week after returning from an injury.

On the other hand, the Chinda Boys are looking to build from their round one victory against Triangle United.

Across the city, Bosso are playing newcomers Herentals at the NSS.

The Bulawayo side has no injury worries in its squad with the exception of Charlton Siamalonga. Ben Musaka is available for selection after missing the game against Black Rhinos.

The Students also have a full-strength squad and will be hoping to take advantage of that after a disastrous start to the season.

Chiefs will be buoyed by the return of Dylan Chivandire, Hamadzashe Moyo, Talent Mandizadza and Brighton Manhire who missed last week’s 2-2 draw against Yadah due registration issues.

The Green Machine dropped Wisdom Mutasa while Oscar Machapa and Method Mwanjali are not part of the squad. Mutasa was replaced by Denver Mukamba who is in line to make his league debut in a CAPS jersey.