Juve win seventh Serie A title in a row 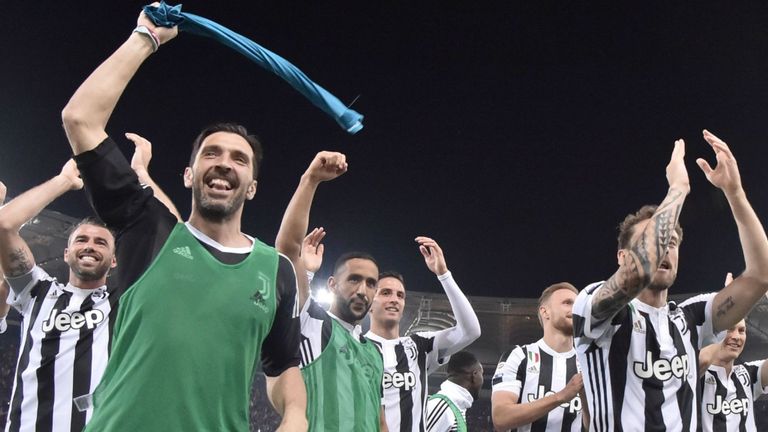 Juventus wrapped up their seventh successive Serie A title, and their fourth league and cup double in a row, with one match to spare when a 0-0 draw at AS Roma gave them the point they needed on Sunday.

The Turin side, who won the Coppa Italia on Wednesday with a 4-0 win over AC Milan at the same Stadio Olimpico, took a four-point lead over second-placed Napoli with one match left to play.

Napoli will finish as runners-up for the second time in the last three seasons after winning 2-0 at Sampdoria in an encounter briefly interrupted in the second half because of anti-Neapolitan chants by home supporters.

Juventus maintained their perfect domestic record in their four seasons under Massimiliano Allegri. They have also reached two Champions League finals in that period.