Ngezi Platinum moved to six points clear on the top after thrashing 10-man Bulawayo City 4-0 in a match played at Baobab Stadium.

The forward first found the back of the net on the quarter-hour mark off an assist from James Nguluve to put the home team in the lead. Marlon Mushonga doubled the advantage ten minutes later with a beautiful strike.

Donald Teguru could have added his own to the cushion a few moments from the break, but goalkeeper Takudzwa Ndoro pulled a magnificent save to deny him.

Nonetheless, Dzvukamanja went on to stretch the lead with his second of the day in the 81st minute from the spot after Micheal Charamba was fouled in the box by Rainsome Pavari.

In Bulawayo, Chicken Inn and Harare City played to a 1-1 draw.

Obriel Chirinda’s 3rd-minute goal sent the Gamecocks into an early lead, but it was cancelled out in the late stages of the game.

ZPC Kariba edged out Yadah 1-0 at Nyamhunga Stadium. Sylvester Appiah netted the only strike of the tie in the 71st minute put Kauya Katuruturu in a safer position on the log.

The game between Nichrut and Bulawayo Chiefs ended 1-1. 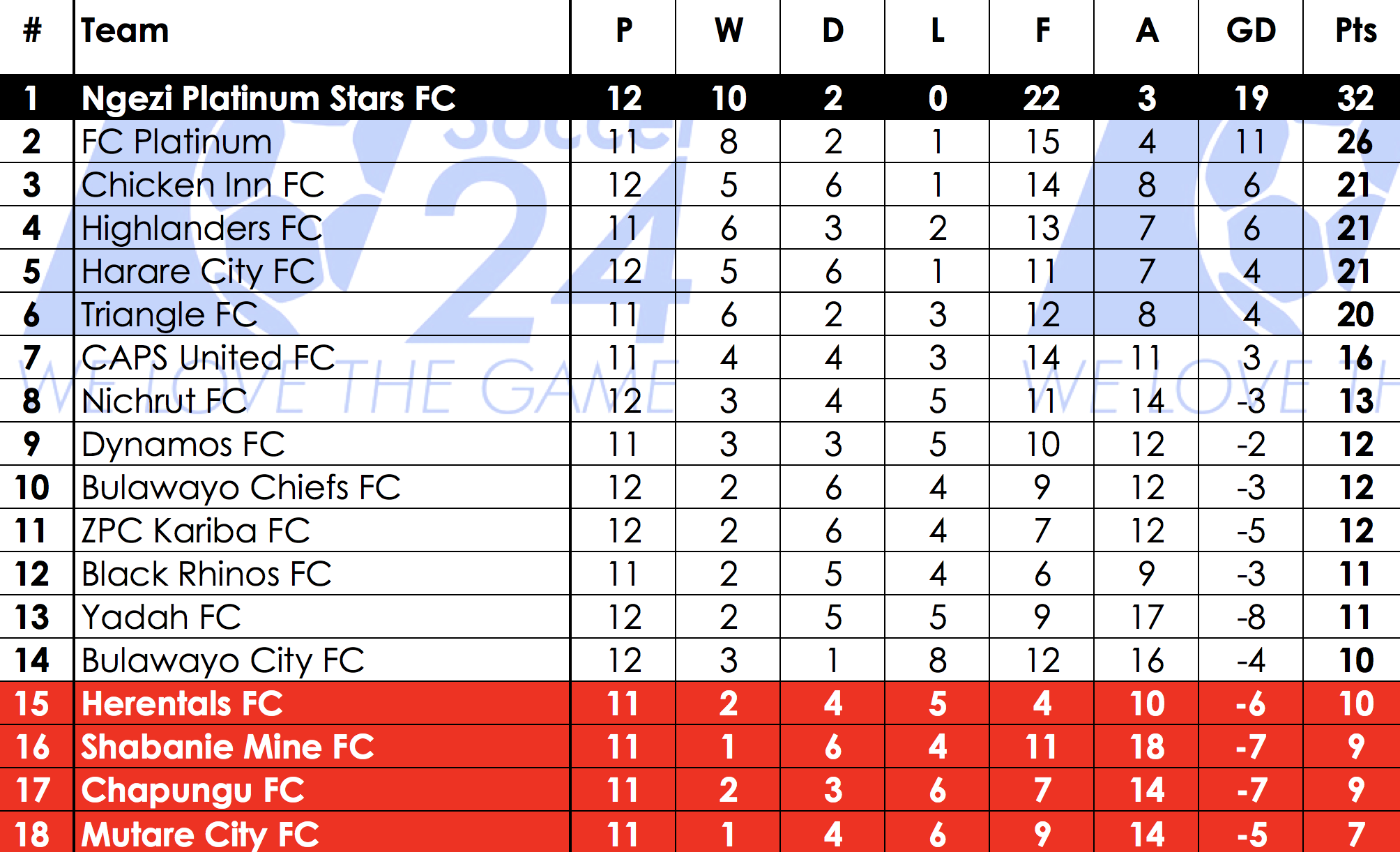