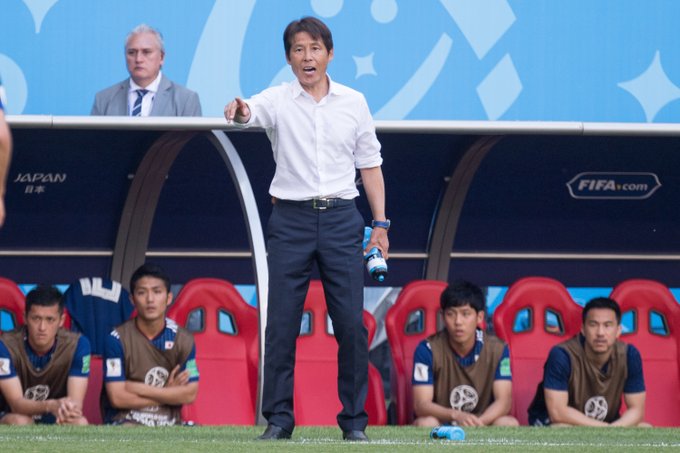 Japan coach Akira Nishino, whose side agonisingly failed to reach the last eight for the first time said his team was stunned by the manner of their exit.

Japan took a surprise 2 nil lead over the pre tournament favourites Belgium just 7 minutes after the break. But the Samurai Blue crumbled like a deck of cards conceding three goals, with the 3rd being an agonising last kick of the game.

Speaking after the match, Japan coach Akira Nishino said the team were stunned by the manner they lost the game.

“We were leading, we were going to win but I didn’t expect this kind of reversal of the result.

“Maybe it was my decisions as a coach or my tactics, and we couldn’t keep up with Belgium, who upped their game. I don’t want to admit it. I do feel that it was a tragedy but I have to accept the defeat as a fact.”, Nishimo said at the post match conference.

During the match, Genki Haraguchi and Takashi Inui gave Japan the double lead early in the second half,but Belgium, who had taken a conservative approach to the game, got back into contention with late goals by Jan Vertonghen and Marouane Fellaini before Chadli struck to save the golden generation title bid.

Belgium’s ‘golden generation’ have now scored 12 goals in four games in Russia ahead of a last eight clash on Friday (July 6) with Brazil, who beat Mexico 2-0 earlier on Monday.