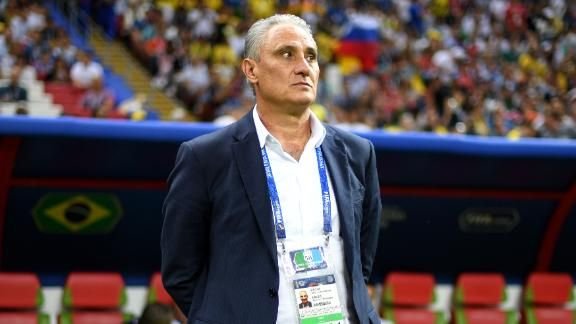 Brazil coach Tite was left to rue a glut missed chances in their World Cup quarter-final 2-1 defeat by Belgium, which he believes would have changed the outcome of Friday’s match.

Brazil on their way out of the Russia World Cup created many chances of which their conversion rate let them down. Of the 26 chances shot at goal, seven were on target whilst one of which got the goal.

At the end an own goal by Fernandinho and an absolute fizzer by Kevin De Bruyne was all Belgium needed to nod ahead.

He added, “I thought it was a great match and we had a lot of it, with plenty of possession and a lot of opportunities. But Belgium were more effective in converting their opportunities,” he told reporters during his post-match press conference.

“They have a lot of top players and finished well. [Belgium goalkeeper Thibaut] Courtois also made a real difference. It was a very impressive game between two games with fantastic technical qualities.”, he added.

The Brazil defeat means the world cup will be won by a different European team. All four semifinalists at this year’s tournament in Russia will be European. The most powerful continent in world soccer is also assured of having its fourth straight title winner from a fourth different country.