Mutare City Rovers pulled a shocker when they beat Ngezi Platinum 1-0 in a match played at Vengere Stadium in Rusape.

Billy Vheremu scored the only goal of the match in the 13th minute and Madamburo failed to recover.

The Gamecocks controlled the opening minutes but fell behind on the half-hour mark when Tawanda Nyamandwe found the back of the net. The second period saw little action, and Kauya Katuruturu managed to hold on to come out with the maximum points.

The Sugar Boys went into the lead in the 50th minute through Collins Dhuwa before Amakhosi equalised with ten minutes to play. However, Kudzai Chigwida restored the lead on the stroke of full-time as the encounter ended 2-1.

The stalky forward first went on target in the 22nd minute after converting a penalty. He rounded up the victory in the 83rd minute. 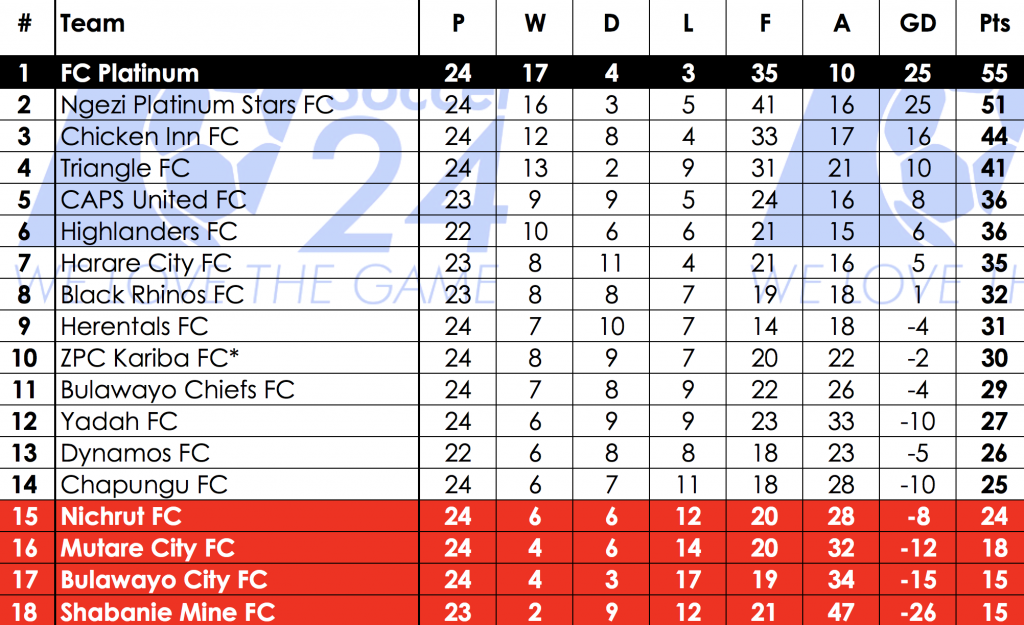