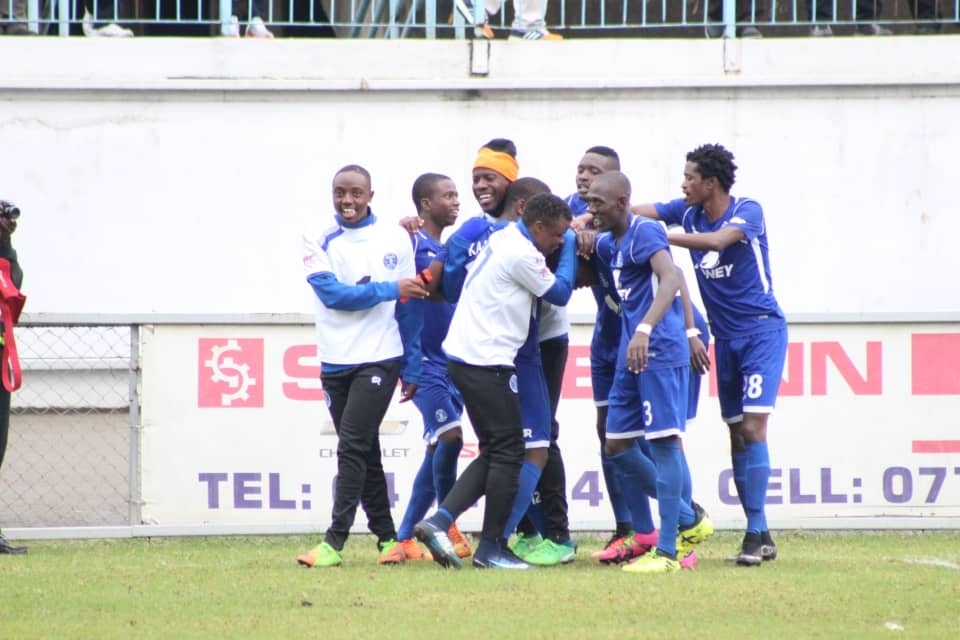 Dynamos continued with their resurgence after beating Herentals 0-2 in a match played at Rufaro stadium on Thursday afternoon.

The Glamour Boys have now won three games in a row and move to 40 points on the log.

Valentine Kadonzvo opened the scoring as early as in the 1st minute following a good run from the flank before slotting home. Dembare, however, were forced to make a first-half substitution when Quality Kangadzi picked up an injury with four minutes left to the break.

Nonetheless, the setback didn’t stop the visitors from doubling their advantage on minute 52 through Kudzanai Dhemera.

The Students’ tried to pull one back for the remainder of the game, but their efforts were in vain as the game ended in favour of Dynamos.

At Ascot, there was a 28-minute stoppage due to crowd disturbances as Chapungu thrashed Highlanders 4-0.

The mayhem started after Edmore Muzanenhamo opened the scoring and went on to celebrate his goal in front of the away team fans. The supporters got angry and started to throw missiles into the pitch.

Upon the resumption of play, Chapungu extended the lead courtesy of Philip Marufu’s strike. Allen Tavarwisa made it three on 68th minute before Clive Rupiya sealed the victory three minutes later.

Meanwhile, Bosso had a chance to get into the lead on the stroke of half-time when Nigel Makumbe missed a penalty awarded after he had been fouled inside the box by Collen Kwaramba.

Elsewhere, Black Rhinos and Nichrut played to a 1-1 draw while Bulawayo City got relegated to Division One despite beating ZPC Kariba 2-1. 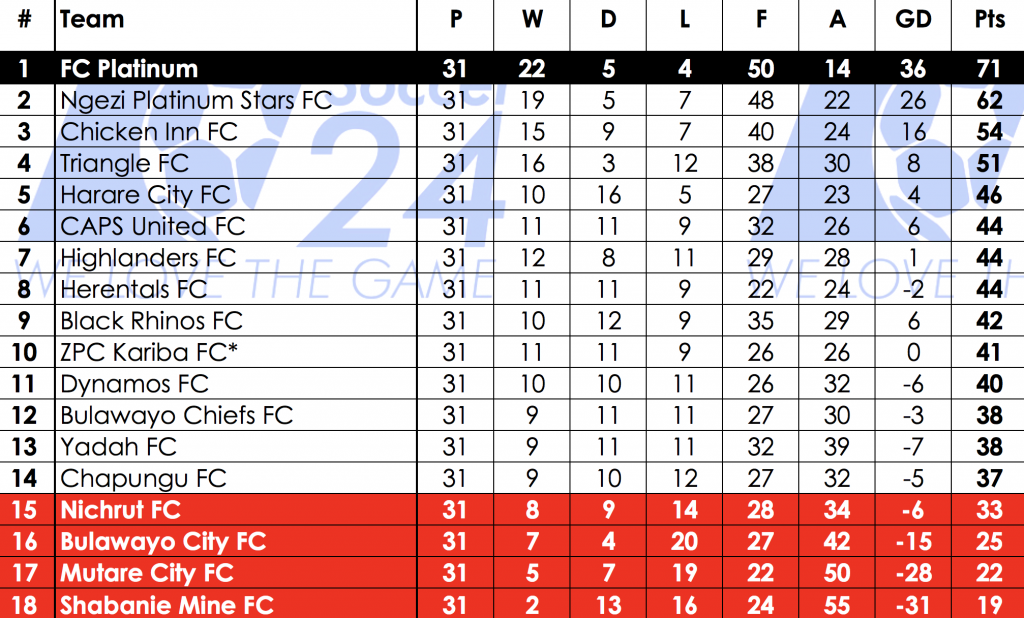