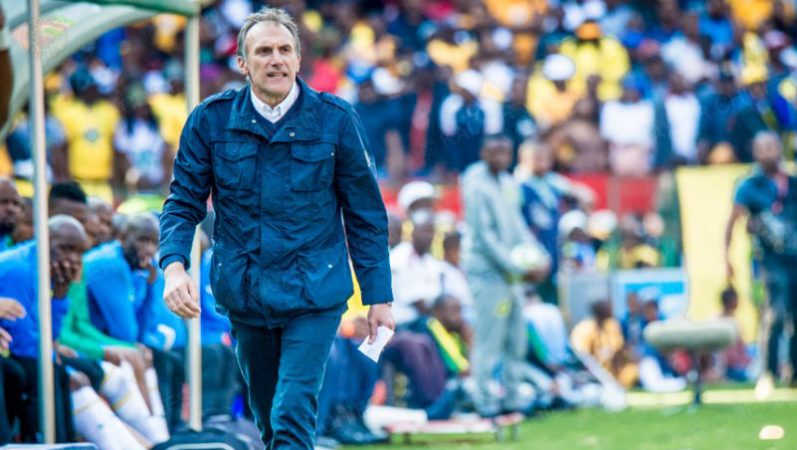 Kaizer Chiefs have sacked their coach Giovanni Solinas following a poor run to the start of the season.

Solinas joined the Soweto giants at the start of the season but failed to make an impact as the team slump to the seventh position on the ABSA Premiership table.

Ernst Middendorp will take over as the new head coach.

Chiefs confirmed the development in a statement posted on their official website.

The statement reads: “Kaizer Chiefs and coach Giovanni Solinas have mutually agreed to an amicable termination of his contract with immediate effect. The Italian coach took charge of Amakhosi in July 2018.

“We would like to express our gratitude to both for all the efforts during their time at Kaizer Chiefs and wish them well.

“The club will make further announcements in due course.”

Amakhosi is home to three Zimbabwe internationals who include Khama Billiat, Willard Katsande and Teenage Hadebe.