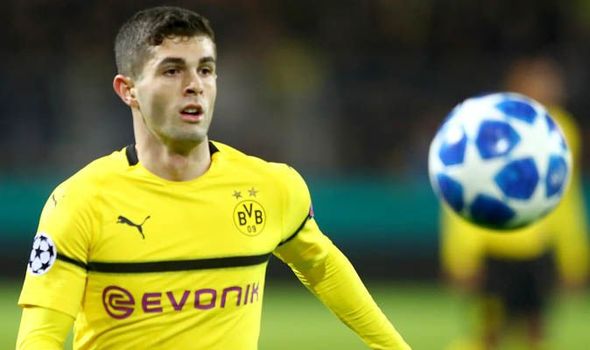 Chelsea have signed American star Christian Pulisic from Borussia Dortmund for a reported fee of £58 million.

The winger, however, will spend the rest of the campaign on loan with Dortmund before linking up with the Blues ahead of the 2019/20 season.

“In the summer I move on to Chelsea and to a new competition, the English Premier League,” the 20-year-old said in a statement issued by Chelsea.

“It’s a privilege to have signed for such a legendary club and I look forward to working hard towards being a contributor to their team of world class players.”

Pulisic, who had also been linked with Premier League leaders Liverpool, has been at Dortmund since he was 15 and made his Bundesliga debut two years later. He also got his first international cap for the United States in the same year having turned down an approach from Croatia.