Everyone in Bulawayo will support Pirates: Mahachi 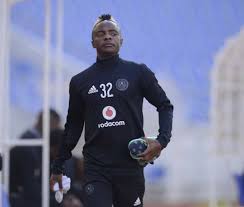 Kudakwashe Mahachi says everyone in Bulawayo will support Orlando Pirates when they play FC Platinum at Barbourfields on Saturday.

The encounter is a Caf Champions League Group B opener and it’s Pirates’ first visit to Zimbabwe in 22 years.

Speaking on the club’s official website, Mahachi said: “Everybody in Bulawayo supports Orlando Pirates. We grew up watching the team and supporting players like Teko Modise and Joseph Kamwendo, who were an inspiration to watch.

“The team I even played while I was based there, Highlanders FC, modelled themselves around Orlando Pirates. They even adopted the Club’s iconic crossbones salute before the start of their matches.

FC Platinum are playing their home games in Bulawayo after their Mandava Stadium in Zvishavane failed to meet the minimum standards to host Caf matches from the group phase.