FC Platinum blow advantage to settle for draw in S.A 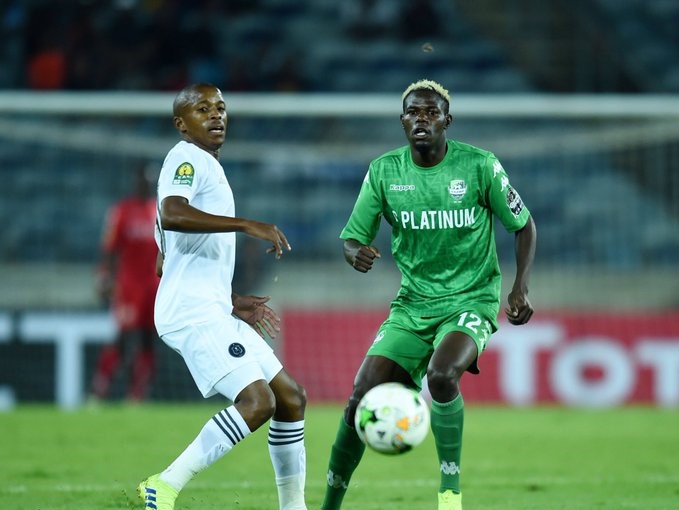 FC Platinum blew a two-goal lead to settle for a 2-2 draw against Orlando Pirates in Jo’burg on Friday night.

The Zimbabwe Champions went to the break leading 2-0 but conceded late goals in the CAF Champions League Group B encounter played at Orlando Stadium.

Pure Platinum Play dominated possession from the early stages of the game and could have broken the deadlock on minute 21, but Never Tigere was denied from the spot by the keeper. Nonetheless, he hit the back of the net a few moments later when his deflected effort found its way to the target. The strike was FC Platinum’s first goal in this stage of the competition.

Rainsome Pavari doubled the cushion eight minutes before the break with Perfect Chikwende doing all the hard work in the build-up.

The second half belonged to the home team and also saw the FC Platinum goalkeeper called into action several times.

The first call in the period came in the 57th minute when he tipped over a dangerous freekick from Zambian international Justin Shonga. Mhari made another top drawer save to stop Shonga’s header on the midway point of the half.

Pirates’ dominance finally paid off in the 81st minute when Thembinkosi Lorch finished off a quick move to pull one back. They came back and scored again six minutes later to level the terms through Augustine Mulenga.

The game ended in a stalemate as the South African side move to six points while FC Platinum now have two but remain on the bottom of the group.