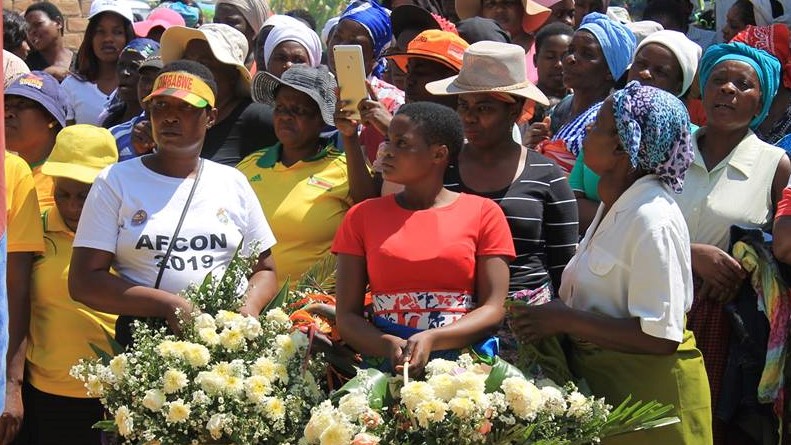 Warriors supporter who died at National Sports Stadium on Sunday, Egna Nyamadzawo, has been laid to rest in Mutonda Village, Domboshava.

Nyamadzawo, 38, was crushed to death in a stampede at the entrance into the stadium when people clamoured to get inside before the match started.

The female fan had come to watch her first ever game at the stadium, but sadly fate met her before she could enjoy her dream. The national team was playing against Congo in a crucial Afcon qualifier which ended in a 2-0 victory.

Members of the Zimbabwe National Supporters Association attended the burial along with the Zifa officials and Friends of the Warriors.

Egna is survived by husband Mike and their two boys.