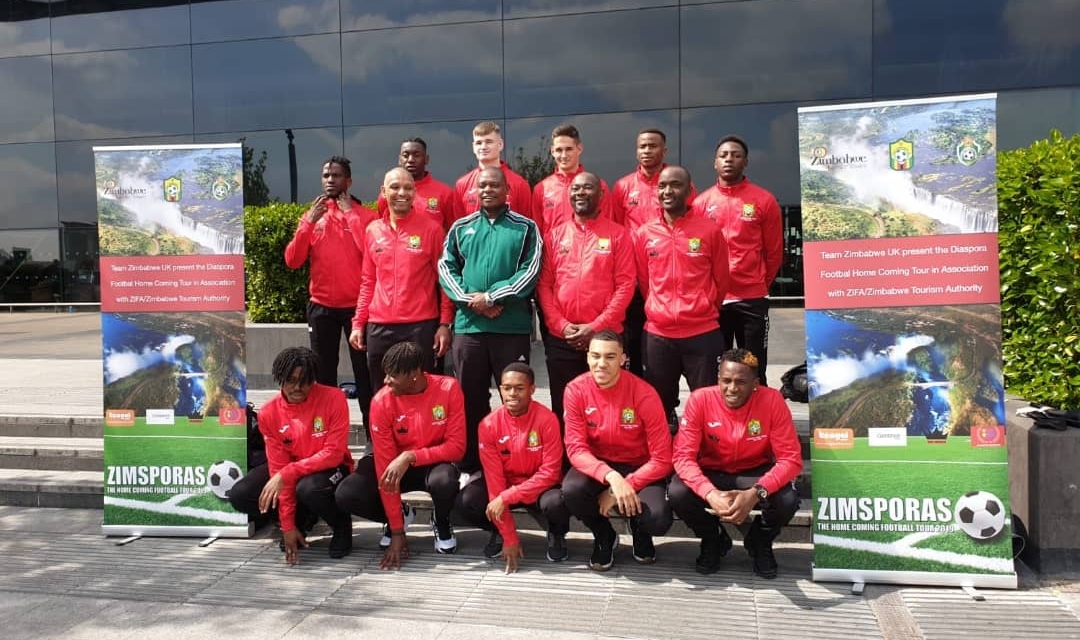 Team Zimbabwe UK has brought into the country a team of diasporas to play a series of friendly matches and expose talent born outside the country to the locals.

Team Zimbabwe UK has been at the forefront in identifying talent scattered around the globe for the Warriors, having enticed the likes of Tendayi Darikwa, Alec Mudimu to play for the Warriors.

The project’s chief executive officer Marshall Gore said they have brought in a team of U23 players so that they have a feel of the motherland and also for locals to see them.

“We are going to play against Chapungu on Friday in Gweru. After that, we will curtain raise Caps United match against Harare City. We are still to see which team we are playing against. We are also trying to secure a match in Bulawayo so that we balance everything but teams from there have not been forthcoming,” said Gore.

“We targeted the U23 so that the national team coaches can plan for the future with them in mind. They play for professional and semi-professional clubs in Europe, Australia and America. We have cut across race as we also have white Zimbabweans in there as well.”