The Glamour Boys had gone for five games across all competitions without a win. A first-half goal by Munyaradzi Mawadza was all that the Harare giants needed to collect maximum points.

It was a cagey affair between the two sides in the opening minutes with no meaningful chances created. The home team, however, had the edge in ball possession and ZPC Kariba only found their feet towards the half hour mark.

As the game approached the interval, Kauya Katuruturu conceded a couple of freekicks and were made to pay in the last minute of the first period when Mawadza flicked in Ali Maliselo’s set piece to give Dembare the lead.

ZPC Kariba resumed the second half on a high note but failed to break beyond the Dynamos back line.

They continued to pile the pressure and the hosts were forced to draw back into their half. However, they never made any threatening raids and Dynamos managed to hold on to their lead.

The result gives coach Tonderai Ndiraya’s first victory since returning to the club over a week ago.

At Barbourfields Stadium, Highlanders were made to rue a trail of missed chances as they dropped points again, this time to Hwange.

Tshilamoya dominated possession throughout the game, creating some beautiful opportunities which they wasted.

The first one came in the 8th minute when Bukhosi Sibanda thrust the ball through to Prince Dube who shot over with only the keeper to beat.

Dube found the space again in the 26th minute but this time the keeper denied him superbly.

Bosso then conceded a penalty ten minutes later after Andrew Mbeba fouled Dingani Maposa inside the box. Veteran Gilbert Zulu stepped up but keeper Ariel Sibanda stood his ground and kept his team in the game.

The second half saw Highlanders dominating possession but failed to get the breakthrough. Only a few real chances were created in the period while Chipangano shifted to more defensive play to avoid conceding a goal.

They managed to do so and it earned them a crucial away point.

In Harare, CAPS United edged out Harare City 1-0 thanks to a goal by Gabriel Nyoni in the 17th minute.

Joel Ngodzo could have doubled the result moments before the final whistle but his penalty kick was saved by the keeper. City also had a chance which had the potential to change the game but was denied by the woodwork on the half hour.

Elsewhere, Chicken Inn beat Manica Diamonds 2-0 while Chapungu came from behind to win 2-1 against Mushowani Stars. 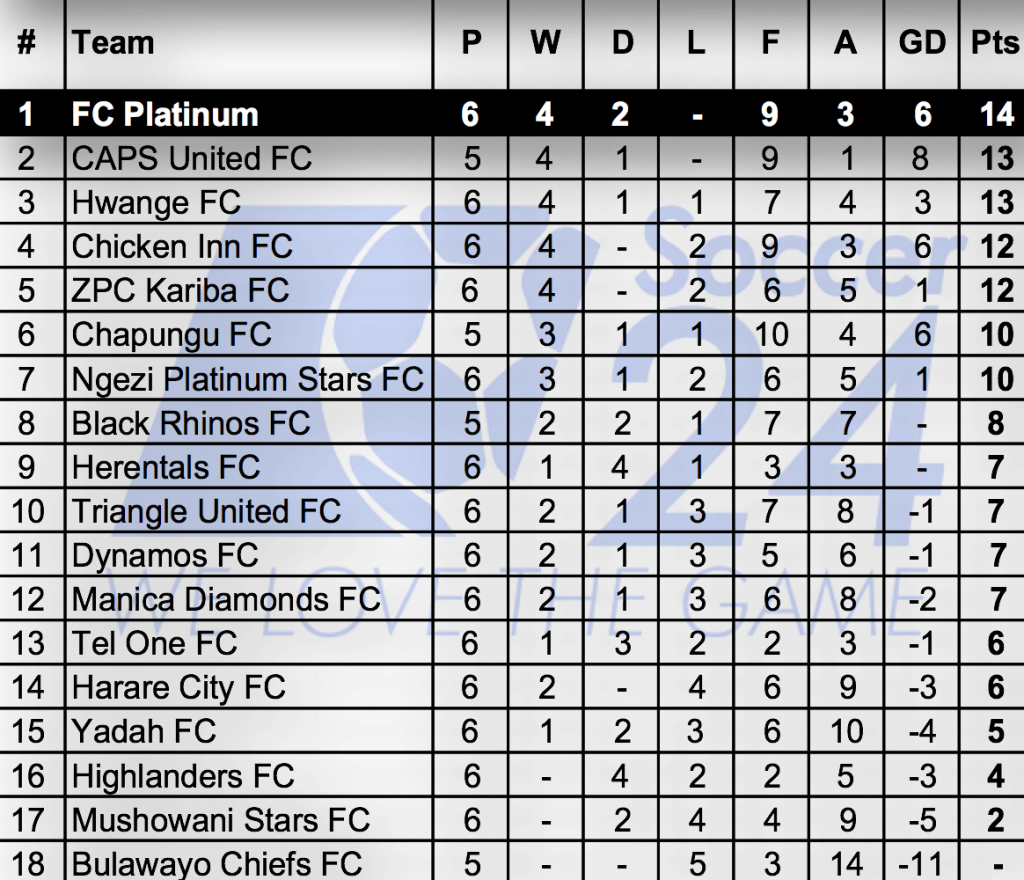