Video: Kompany’s wonder strike, a goal worth winning any title 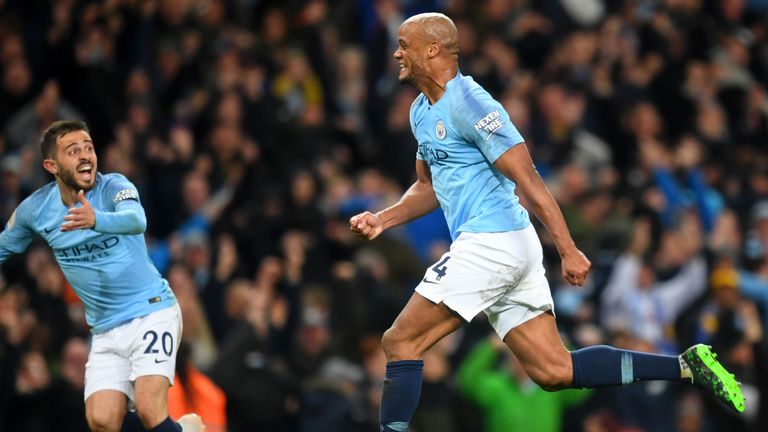 The last time Manchester City captain and defense stalwart Vincent Kompany had a shot on target from outside the box was nearly seven years ago.

And when he received the ball last night from Aymeric Laporte and looked up at goal, even his teammates did not believe he could at least hit the target, as evident by their confessions after the game.

Top marksman Sergio Aguero shouted ‘don’t shoot!’ at his captain, but the Belgian’s determination overcame all that; he hit a thunderbolt that is arguably one of the best goals to ever been scored at the Etihad Stadium.

Prior to that, Pep Guardiola’s men had done everything to score and Leicester City were resolute in their defending following a well-executed game plan.

But Kompany’s moment of magic on the 70th minute mark ensured the Citizens are on course for yet another Premier League title and thanks to his goal, they go into the last round of fixtures with a one-point advantage over title rivals Liverpool.

“For me I always feel like I can do something in moments like these, whether it’s a header or anything. Today was a bit frustrating though, with everyone shouting ‘don’t shoot’ don’t shoot’ I could hear it,” said Kompany.

“I have scored goals like that in training. For the past 15 years I have been having midfielders telling me not to shoot, but I have always promised them that one day I’m going to shoot from outside the box and score and you will be happy with that goal,” he added.

Manchester City go into the weekend encounter against Brighton needing a win to retain the Premier League title.

Here is the video of Kompany’s goal.