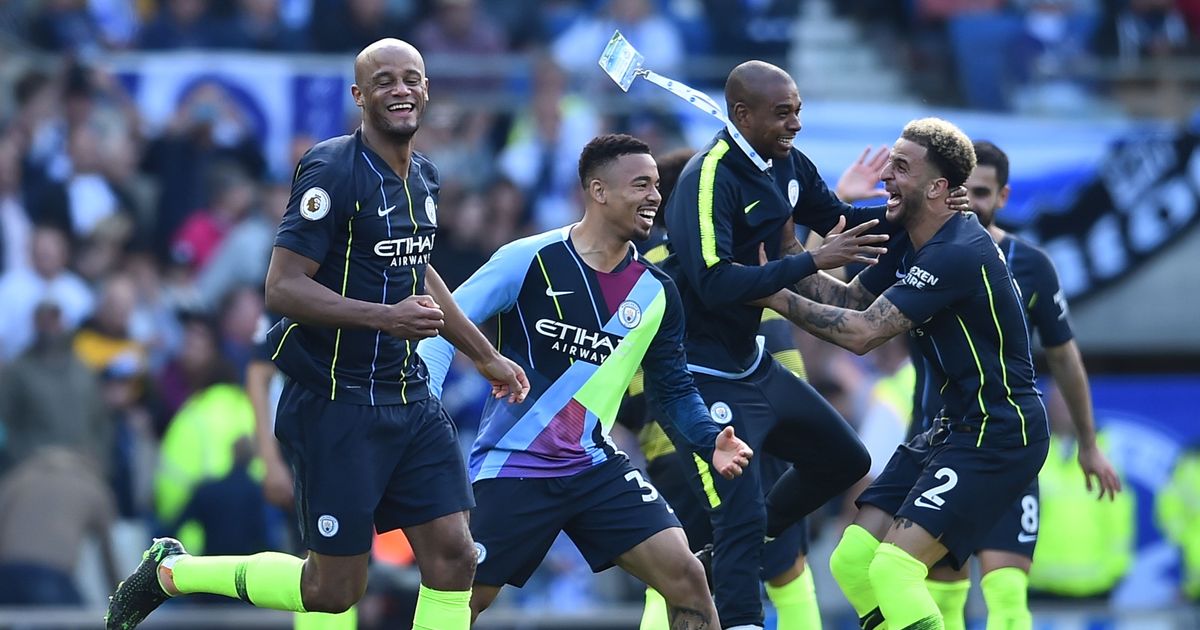 Manchester City have won back-to-back Premier League titles for the first time in the club’s history, after surviving an early Brighton scare on Sunday.

City cruised to a 4-1 victory to end the season on 98 points, one behind second-placed Liverpool who also won in their final game, beating Wolves 2-0.

Brighton took the lead in the 27th minute through Glenn Muray’s header from a corner kick, but the advantage short-lived as Sergio Aguero restored parity at the other end a minute later.

The Champions struck again ten minutes later with Aymeric Laporte’s header to get into the lead for the first time in the game.

Riyad Mahrez (63′) and Ilkay Gundogan (72′) sealed the victory in the second period as Manchester City triumphed for the second successive season.

They have also become the first team to retain the title since Manchester United in 2009.

Meanwhile, a brace from Sadio Mane, netting in either half, ensured Liverpool had a strong finish to the campaign as they amassed their highest point tally in Premier League.