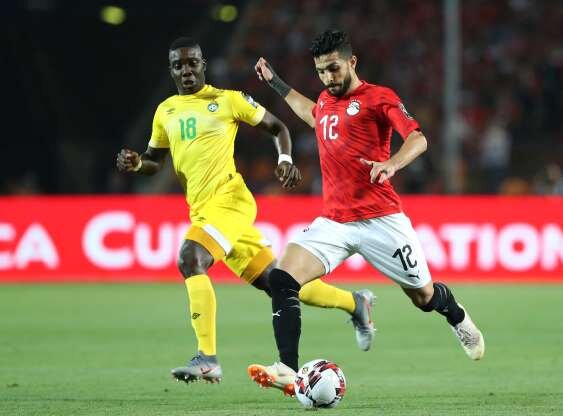 Warriors midfielder Marvelous Nakamba thinks the Warriors still have a chance to progress to the knockout round of the 2019 Afcon despite losing their first match of the campaign.

Zimbabwe lost 1-0 to hosts Egypt on Friday in a match the Southern Africans put a great performance with Nakamba himself starring splendidly in the midfield.

The Warriors face table-toppers Uganda on Wednesday and the Belgium based player believes there is still a possibility to reach the next round.

“I think it’s possible for us to go to the next stage in the tournament,” Nakamba told H-Metro. “With the team that we have, with the way that we are playing, I think if we can give everything and try our best, nothing can stop us.

“We have done it in the qualifying stages where a lot of people thought we wouldn’t qualify. And now we are here, anything is possible in football.”

Zimbabwe, meanwhile, will need to avoid a loss as to keep their hopes of reaching the knockout round alive.