Chipezeze hits back at critics, says everyone makes mistakes

Warriors goalkeeper Elvis Chipezeze has hit back at people criticising him following his mistakes which resulted in goals during the 4-0 loss to DRC on Sunday.

The 29-year-old was a last-minute change before the game after George Chigova suffered a hamstring injury during warm-up.

Chipezeze made his first fumble in the 4th minute of the game when he spilled the ball from a free-kick into the path of Jonathan Bolingi who headed home effortlessly to give DRC an early lead.

The third goal was from the spot after he fouled Cedric Bakambu inside the box while the fourth one came as a result of another spill.

The Baroka FC goalie made a tweet which he has since deleted from his account saying everyone makes mistakes and he has learnt something from his. 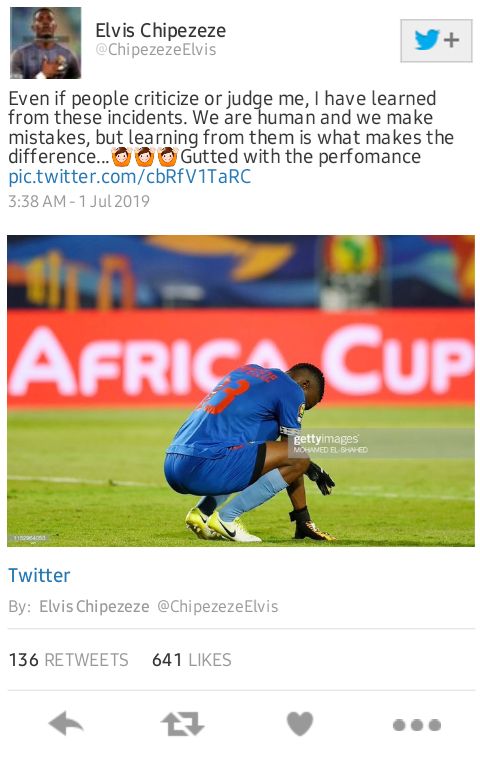