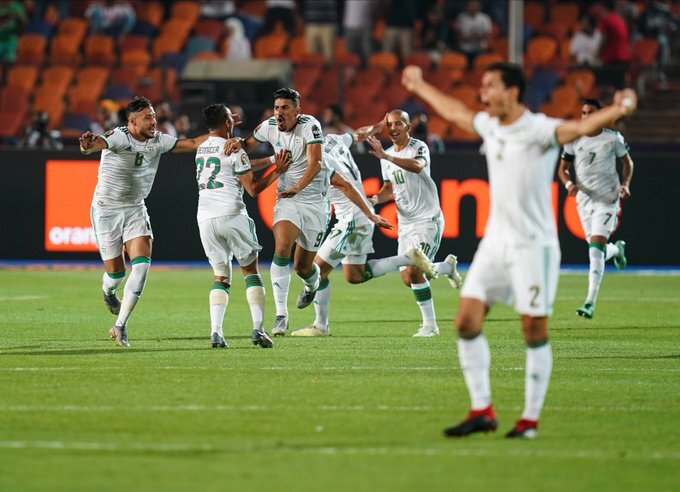 Algeria won the 2019 Afcon after beating Senegal 1-0 in the final played at Cairo International Stadium on Friday night.

The North Africans were off to an incredible start in the game, scoring inside the first two minutes after Baghdad Bounedjah’s strike stunned goalkeeper Alfred Gomis after taking a massive deflection on its way.

Despite the early setback, the Teranga Lions regrouped and dominated play in the following moments but failed to make any threatening attempt until minute 38. The opportunity saw them getting close to restoring parity only for M’Baye Niang’s volley to sail inches wide of the target.

On the hour, Senegal were awarded a penalty but the decision was reversed after a VAR check.

Algeria held on to their slender lead and managed to pick the victory at the end of the game.

The win gave them their second ever Afcon trophy and their first in 29 years.